I first heard the name Jordan Galland when we decided to review his movie, Ava’s Possessions, on an early episode of the podcast (you can hear that episode here). Full disclosure, I didn’t like it upon my first viewing. Kevin and our guest really enjoyed it, though, so I went back and gave it a second watch. And then a third. It got better and better every time I watched it. From the giallo-esque color palette, to New York City being a tertiary character; from a female protagonist, to having a recovery program be a major setting of the film. I found more and more to appreciate every time I turned the damn thing on. It went from a 4/10 to an 8/10, and, I suspect, may make it’s way to a nine sooner than later.
With that in mind, I wanted to know more about this thirtysomething. As it turns out, he’s quite the talented fella. A writer, director, singer, songwriter, photographer, and probably much more I don’t know about, Galland is someone to watch out for. His songs are beautifully composed and flawlessly executed. His films are original with deep characters and meaningful stories. Originally from Farmington, CT and then moving to New York City at the age of five, the city is part of who he is, and you can hear and see it in his art. Below is our conversation… 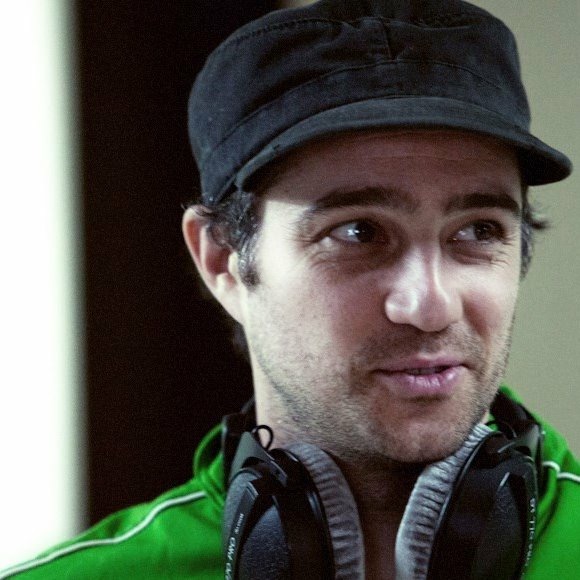 Do you find the city creatively inspiring or hindering?

I would say the city is my main source of inspiration. I love the idea that there are little hidden worlds all around us, in the lives of strangers— the little lights on in apartments you can see from your window. I love the way in which you can leave your home and wander down any number of streets and find yourself in a new neighborhood in just a few blocks, with totally different energy and architecture. But I am also very inspired by being alone in the woods.

Did you grow up in a “creative household”? Did your parents/siblings play music, write, etc.?

My older brothers were very creative and active. They performed in plays, off broadway, did ballet, painted with oils, and played music. My mother and father were both very into photography and taught me how to develop my own photographs in a darkroom. I was lucky that our upstairs neighbor was a professional photographer and he let me use his giant darkroom. So I was exposed to a wide variety of arts at an early age, and given the opportunity to explore them all.

When did you start playing music? What instruments? Did you take lessons?

I started playing piano at the age of 5, then flute when I was 8, then guitar when I was 14.

Who were some of your biggest influences when you first started playing music?

Do you remember the first song you ever wrote?

Yes. There were two of them. One was a Space-Oddity influenced tune called “Lost in Space” and the other was a song called “The Samurai” that I wrote after reading the book of the same name by Shusake Endo (the same author who wrote Silence, that Martin Scorsese recently adapted.) In fact I would have forgotten all about that song, except I recently went to see Silence with my friend Timo Ellis, who was an older brotherly music mentor to me when I was little and he began singing my song back to me. The lyrics to the refrain kinda went, like, “I’m a Samurai, and I’ll say goodbye, before I die.” Not my best work.

Were you in any bands when you were younger?

I had a band called ORIGAMU with David Muller, and we recorded a lot but never played live. The first band that played live was DOPO YUME.

How do you know Sean Lennon? How long have you two been collaborating?

We met back in the 90s and have been collaborating ever since.

Musically speaking, what are you working on right now?

I have a batch of new songs I’m being very slow about finishing, partly because I have no reason to rush it. These tracks will be produced by Charlie Klarsfeld who did my last record “Wind-up Rabbit.”

Tell me about your writing process. Do you have a certain place you like to write? When you’re flushing out an idea do you jot notes in a notebook or your phone? Do you make time every day to write? When you start working on a writing project how long does it typically take you to get the first draft done?

My writing process keeps changing and evolving over time. I do make time to write as often as possible. I’m always working on three or four scripts at a time, with the knowledge that only one of them will probably be the one I want to share with people beyond my immediate circle. It’s a lot like song writing for me. I have a process and cycle through some ideas that are not quite right, not authentic enough, not original enough, maybe too outlandish and weird, to get to a place where there is a unique balance that forever attracts me to the project. I’m always underlining phrases in books that pertain to ideas I’m playing, always writing down ideas that come to me on my phone, or computer or a napkin. The fastest I’ve ever gone from idea to finished draft was the script for Alter Egos which I conceived of in August 2010 and then I sent a script to producers and actors in November and then we filmed in April 2012. But I’m seeing now that it can take about a year to really get the script into a place that I’m proud of. A good deal of that time is spent researching, watching other movies, writing analysis of them as it pertains to the idea that I want to write, and then the hardest part which is just getting the structure and the plot right. If all that is in place, I can write the actual screenplay in a month or so.

How do you combat writer’s block?

I just keep writing until it’s unbearably bad, then I pick up a guitar and write a song until I can then get back to my script.

Who are your biggest writing and directing influences?

Where did the idea for Ava come from?

From years a of writing and rewriting treatments, striving to find a way into the demon possession genre that felt new. One day it occurred to me— what if we followed a character who had just recently been possessed? And then I devised a contained world in which I could follow a female protagonist in a similar way to a Polanski film. 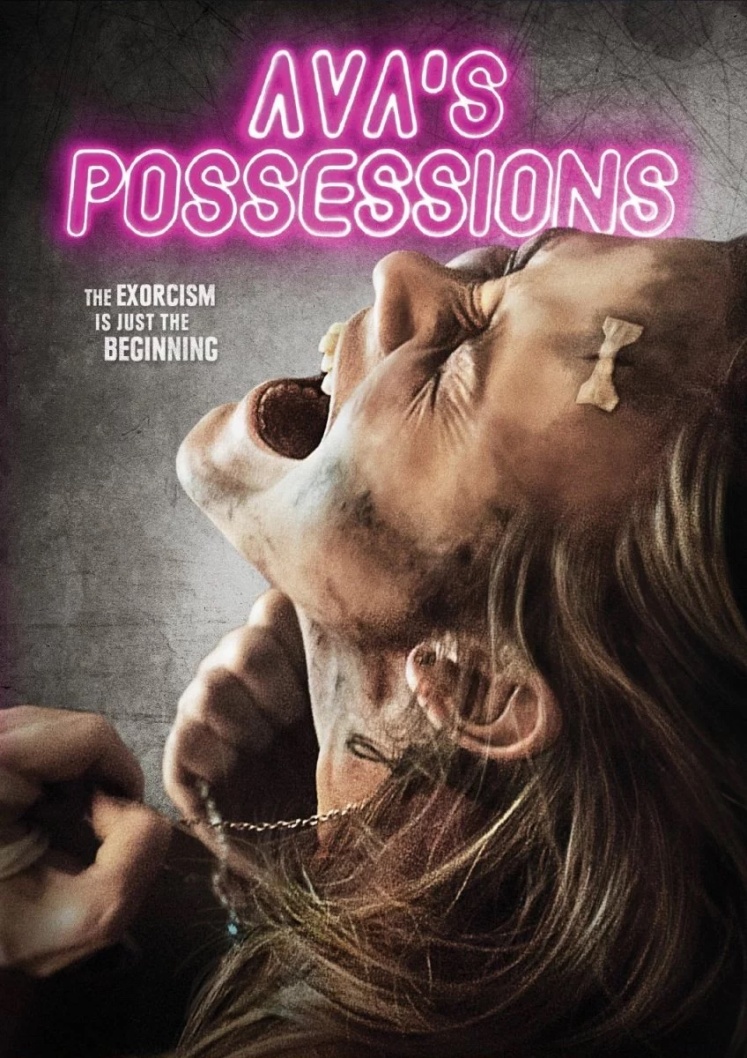 The two biggest reasons Ava hit hard with me is because we have a female protagonist, and it deals with recovery (both my parents went through that process for alcohol when I was younger, and it’s been a huge part of my life ever since). When you were hashing out the initial idea for the movie did you find it crucial that your protagonist be female? Why? And, did you have any experience with recovery programs, and/or why did you decide to make that such a big part of the movie?

Yeah, it was always important to me have a female protagonist, partly because I just saw this film as falling into a tradition of stories that explore the demonization of women’s sexuality as something hysterical, threatening, or witchlike. Stories about women being marginalized because of socially-induced paranoid, from Rosemary’s Baby to Black Swan, resonate best when it’s about women, I believe, because, in our culture, most men pretty much get to do whatever they want even if it’s frowned upon, without truly being considered a threat to the structure of society. The recovery aspect of this stemmed from the idea to flip the possession story on it’s head. I’ve had a lot of personal experience, friends and family who’ve had to face problems of addiction, so it’s been an ongoing theme in my life that came naturally when I started to write. So many people are affected by it, that it became the more universal theme of the film. And recovery stories, being about redemption, lend themselves to the continuity of the basic Catholic framework in which demons, exorcisms and concepts of good vs. evil play out.

When you start writing a screenplay, do you have specific actors in mind for specific characters?

I wrote Alter Egos for most of the actors that were in it. But other than that, not really. Occasionally a movie star will pop into my head as I’m writing, but it’s usually someone from the past who would be too old or too dead to play the part I’m writing. I did actually write a time travel script for Bruce Willis once, and named the main character Bruce, but then Looper got made so, that never happened. I really loved Looper by the way. 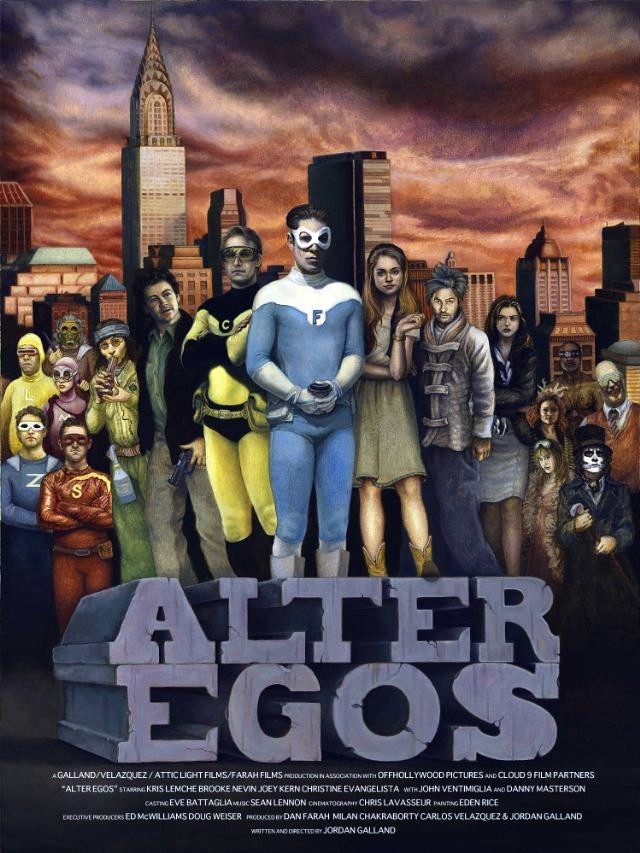 I think my grip has gotten tighter with each film I’ve made. But no matter what, I want the actors to be natural and comfortable, and if they come up with a line that’s better than what I wrote— or if ANYONE comes up with a line better than what’s in the script— then I always want to incorporate that. And that happens at least twenty times on day on my shoots.

My favorite things… Jesus… there’s too many wonderful aspects to pick just one. But if I had to, it would be at some point in the editing process, after you’ve been disappointed by the first cut, but before you’re sick of looking at the finished film, when it all comes together magically for the first time. Least favorite part is raising money or waiting for agents to call you back.

If you could remake any film in history, what would it be?

I would only want to remake a film that had a great story but bad execution. I think probably a film adaptation of a Stephen King book. The world and plot of his films are so great, but often the film versions fall short, and I’d love to take a stab at that. Or I’d love to do a period piece remake of “In A Lonely Place.”

What actor/actress would you love to work with?

I’m currently watching the Young Pope and keeping praying to God that one day I get to work with Jude Law.

Thanks to Jordan for taking some time to talk with me. Be sure to check out Ava’s Possessions, currently streaming on Netflix. Visit jordangalland.com for links to his films and music.