At the end of May, Arrow Video is giving us the gift we never knew we wanted: a 3-disc Limited Edition Blu-ray of the 1995 underground schlock hit Evil Ed. 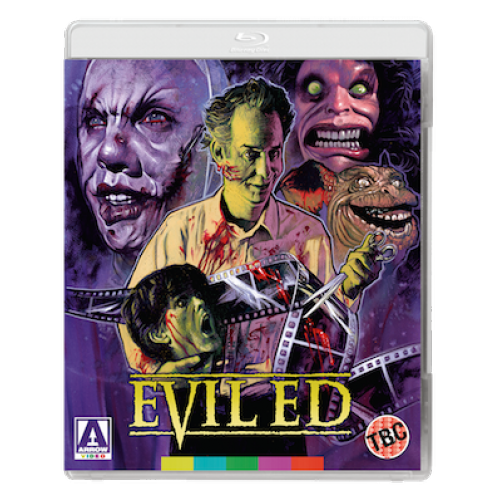 I had never seen this gem (nor had I ever heard of it until Arrow announced it) until Wednesday night. Typically I hate movies like this. Those of you who listen to the podcast regularly know that I’m not a fan of Troma or Troma-esque movies. Yet, I love Peter Jackson’s cult favorite Dead Alive (aka Brain Dead). And as I’m watching Evil Ed I’m thinking about how much it reminds me of Dead Alive – just the goofiness (and gooeyness) of it all. I love silly, and when that mixes with killer SFX and practical gags, I’m an instant fan.

If you’ve never seen this beauty, let me give you a quick rundown: Edward is a film editor for a large company dealing in several genres. His love is foreign art films, but he’s pulled off of Frenchy duty and thrown into the world of the womanizing prick producer of the horror side of the company. Watching so many splatter films starts to catch up to the usually-straight-laced Edward (Ed/Eddie) and he starts hallucinating. Late at night he’s seeing goblins in his fridge, and early in the mornings he’s seeing his 90-year-old neighbor as a nipple-rubbing, Tawny Kitaen-esque lingerie model. Eventually Eddie loses his shit, kills a couple would-be robbers, tries to murder his wife and daughter, ends up in a hospital for the mentally insane, breaks free, and goes on a murdering spree through the halls of the hospital. (By the way, that all happens in the third act.)

As much as I’d love to spend another 500 words on THIS movie, I want to tell you about the movie Edward is in the process of editing before going berserk.

“Loose Limbs 5: The Anatomy of Fear” is a fake movie that I desperately want to see for real. Hell, I want to see the four previous “Loose Limbs” and the inevitable four that follow the fifth installment. So far as I could tell in Evil Ed by just the 90 seconds of total footage shown of LL, I surmise it’s about a psychotic doctor that kidnaps women and murders the hell out of them. Here: 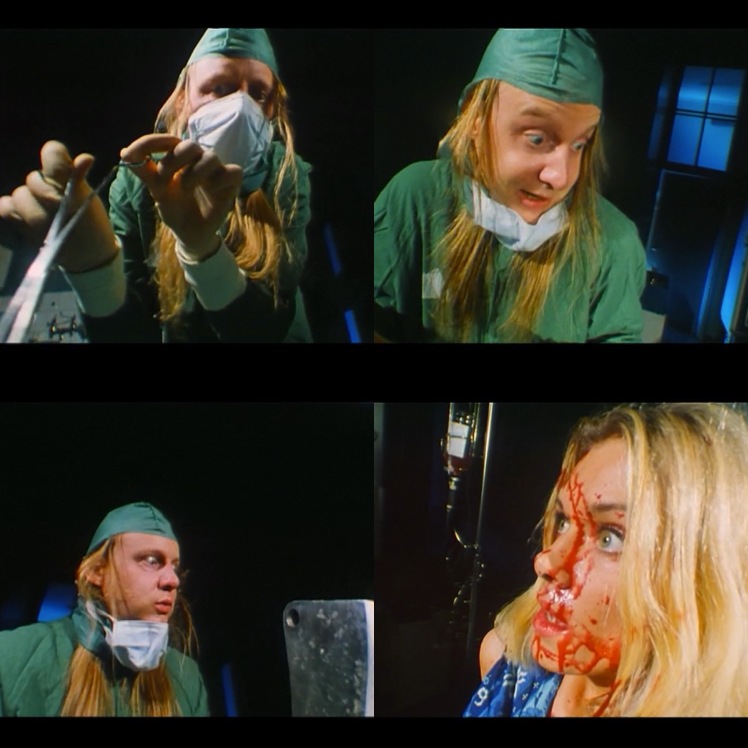 Or this, which happens in a parking garage: 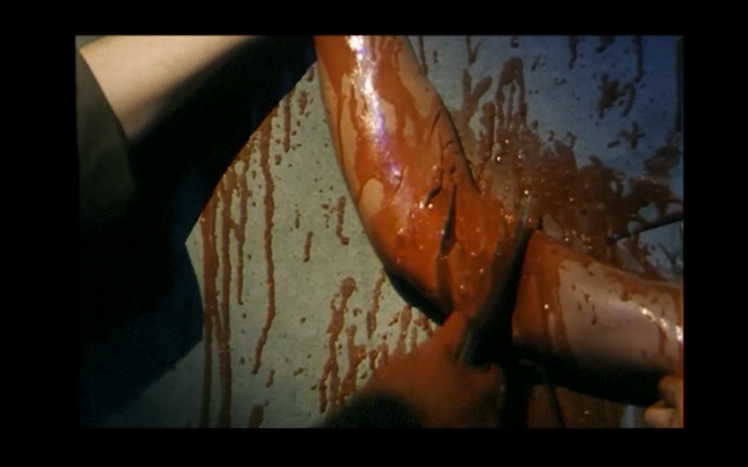 Tell me you don’t want to see “Loose Limbs 5: The Anatomy of Fear.” My only hope is that we get more of this excellent movie-within-a-movie with the new Arrow edition (which you can pre-order here). Otherwise, someone secure rights and get on making this masterpiece. In the meantime, you can watch Evil Ed streaming on Amazon Prime right now!