This weekend I had the privilege of seeing Crispin Glover’s What Is It? A movie he refuses to release digitally lest too many people get the wrong idea. What is it? never had the goal of making money. The goal has always been, in part, to make art. His other goal was a bit more complicated. Surrealism as a political movement. Something Crispin Glover himself calls “Surrealism, with a capital S”.

The snails experience a buffet of death.
The man in blackface needs 400 more injections to become an invertebrate.
The man with cerebral palsy gets a handy J from a big breasted naked woman in an ape mask.
The world has Down’s syndrome.
The puppet is an empty box of Tide detergent.
Shirley Temple is our nazi leader. 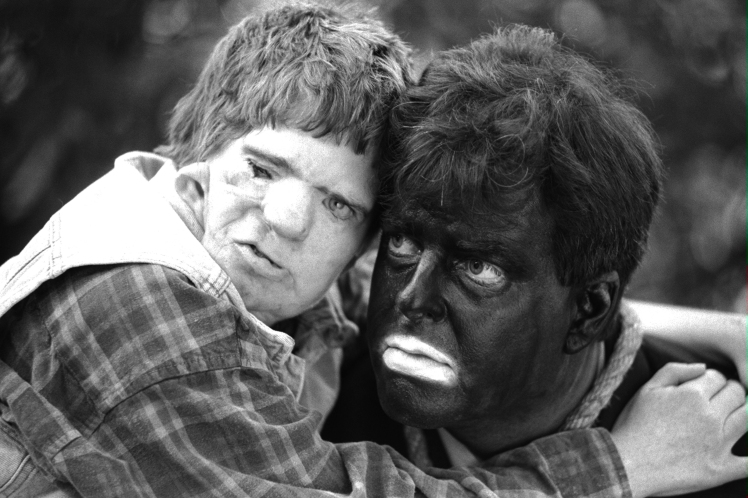 While not schlock or gore per se, Glover’s film it certainly more unsettling and disturbing than most horror movies you’ll see, and you can see how this film fits in among the rest of my reviews.

So, What is What Is It? (aside from feeling like a 72 minute Twin Peaks dream sequence or a sequel to Herzog’s Even Dwarfs Started Small, that is). “It” is both a poem and a dizzying nightmare. Like a tango set to jazz music…

According to Crispin Hellion Glover, What Is It? is his direct answer to propaganda in cinema. Studio-made films that serve the purpose of selling products or shifting the cultural subconscious into one that stuffs the pockets of corporations. He has no interest in the “shut-your-brain-off” films like so many blockbuster superhero films that mar the landscape of every movie conversation. His belief: If you are not being challenged, you are not learning. What Is It? certainly challenges.

I felt like I was dreaming. I was sleepy, but very aware. Each shot made way for the next in a way that had me feeling like fog underwater. It’s possible my experience watching What is it? was atypical. But I’d venture a guess that it wasn’t. See these movies cannot be seen in any way except for at Crispin Glover’s live shows (that bastard!) He starts with an hour presentation reading from eight of his books, at varying speeds and covering a variety of subjects, from rat catching to relationships. They are very surreal books and the meaning of them isn’t the clearest. But it really serves to put you in the right mindset before he plays his film. A mindset where you are being challenged and thinking instead of going into the movie critically, with a certain expectation.

When nearly the entire cast has Down’s syndrome, yet the characters they are playing do not have Down’s syndrome, things get challenging very quickly. Many of the characters exist on another plane that resembles some sort of underground lair. These characters are reflections of the lead. His ultimate form, his inner id, etc. This is revealed in the credits following the film. There are only hints of this fact present in the film itself. 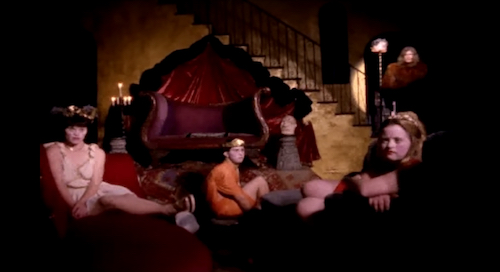