I first met Charley last October when we ended up on the same team for the Halloween edition of Rob and Sara’s movie quiz. Unfortunately, and despite our maximum effort, we lost by three points. (STUPID PHANTASM THEME!!! STUPID ANTHONY!!!) The second time I saw Charley was at a screening of Blue Velvet in 35mm at the Alamo Drafthouse. And our friendship was finally solidified when he was part of our horror debates.

Charley is the first official guest in our new “format.” If our guest is a genre fan and ends up watching a lot of movies (like me), then we’ll kick off the show by talking about a few movies we’ve seen recently (a la Killer P.O.V./Shock Waves). And from here on out, instead of lumping them all in one episode at the beginning of the month, we’ll be highlighting new releases on a weekly basis by focusing on what’s coming to theaters and Blu-ray that week.

Lastly, Charley thought it would be fun to watch something to celebrate Independence Day since that’s the day the show came out. Unfortunately… well… you’ll just have to listen to the episode. We did, though, have a great discussion on our topic: Holiday-Themed Horror Movies.

“After falling victim to friendly fire in Desert Storm, Sam Harper returns from the dead with an axe to grind, killing anyone who disrespects the core values upon which this country was founded. It’s up to Sam’s young nephew Jody, his grieving widow, his sister, a blind burn victim child, and a one-legged Isaac Hayes to stop him. Fuck your husband. Fuck your wife. Fuck your country. But just remember, he’s always watching. And Uncle Sam wants you… dead.” 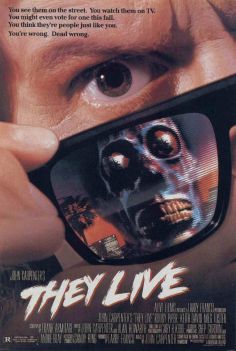