Ron Bonk is a name you should definitely prepare to add to your internal rolodex. He is a filmmaker with his fingers in all the pies and they all taste awesome! His recent film, She Kills, is a hilarious grindhouse assault of the senses. I had the pleasure of interviewing him about his work and his production and distribution company.

Thank you for being with us! How has your year been treating you?

Thanks for having me. It’s been a great year so far, business is good, “She Kills” continues to be well-received. And work progresses on “House Shark”. How about for you?

It has been the best year of my life so far! What would you consider to be your primary role as a filmmaker?

I would say director… I love writing, it’s maybe even more enjoyable than being on set, and then watching your vision never quite come out as you hoped given the limited budgets we have… but the directing is still so much fun and that’s where you really put it all together, making sure you have everything you need to assemble the movie in post, or adjusting it and trying to figure out if it will work when things aren’t quite coming out as you wanted.

You’ve been doing this a long time! Could you give us a glimpse of your journey from starting out in Syracuse, to where you are now?

What is SRS cinema, and what is your involvement in it?

SRS is my production and distribution company, and I’m pretty much the president of it, lol. And VP, accountant, manager, promoter, security, you name it. 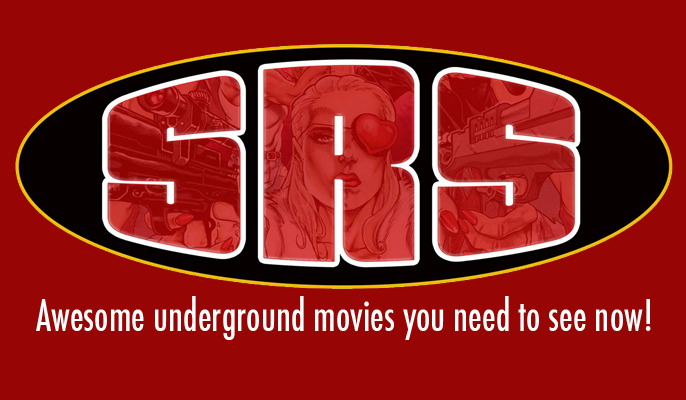 The SRS online store looks like a treasure trove of goodies for collectors of horror and genre fans in general. Is there something in particular you’d like collectors to take note of? Limited runs, things of that sort?

Oh it’s always so hard to single out titles. Well, except for the movies I make, those I recommend first. Just kidding, they are all so much fun, I love Hugh Gallagher’s gore series we released, but I equally love the moves of Tim Ritter – like “Truth or Dare”, “Killing Spree” and more – and Mark Polonia – “Death Reel”, “Channel 13” and more.

Who are your biggest influences in the realm of filmmaking?

George Romero, Alfred Hitchcock, Orson Welles, John Carpenter and more recently I’ve been studying Steven Spielberg’s work. He’s always influenced me, but what he does is well beyond what I could pull off, especially with these low budgets. The epic shots both cinematically but also structurally, the way he fills the shots with so much activity, it’s something I’m striving to do more and more.

What is the last movie you saw that really fucked you up?

Oh another tough question, I know it’s not horror but the ending of “Whiplash” was so awesome, just amazing how it all came together. I loved it and it stuck with me for days. “Oldboy” really haunted me, I didn’t know anything about it, and the ending just blew me away, still does, so great… I laughed out loud (which was pretty much me screaming) when the twist came.

What is your favorite film you’ve been a part of, and what is your proudest accomplishment to date?

“House Shark” was the most fun, we had such a great time, but until it’s all done and out there I can’t say if it’s my proudest achievement. I’m really proud of both “She Kills” and “Clay” and was pleased to see them both so well-received by fans.

House Shark looks hilarious. Do you have any fun stories in regards to making this movie?

Hmm, it was all so much fun, right from the start. We had a great time, the characters are so funny, working with the shark was… interesting. I had never worked with such a large monster gag in a movie. I know when we had it eating Wayne Johnson, Wayne, being the large force of destruction he is on pretty much every one of my sets, he broke the jaw and that affected some shots still to come (it was later fixed, well, made workable again). We shot all sorts of fake blood and other bodily fluids all over my home that to this day I still occasionally find a spot on a wall or behind some piece of furniture we missed when cleaning up after the shots. It really wrecked my house shooting it there. We had a scene where the lead, Trey Harrison, is fighting at the door with a salesman, played by Brett Janeski. They’re arguing and Brett is trying to hold Trey outside, and one of my neighbors thought we were having a domestic dispute and called the cops. There was just so much craziness, we had like 10 people sleeping here at one point, all camped out in different spots around my house, it was definitely insane. 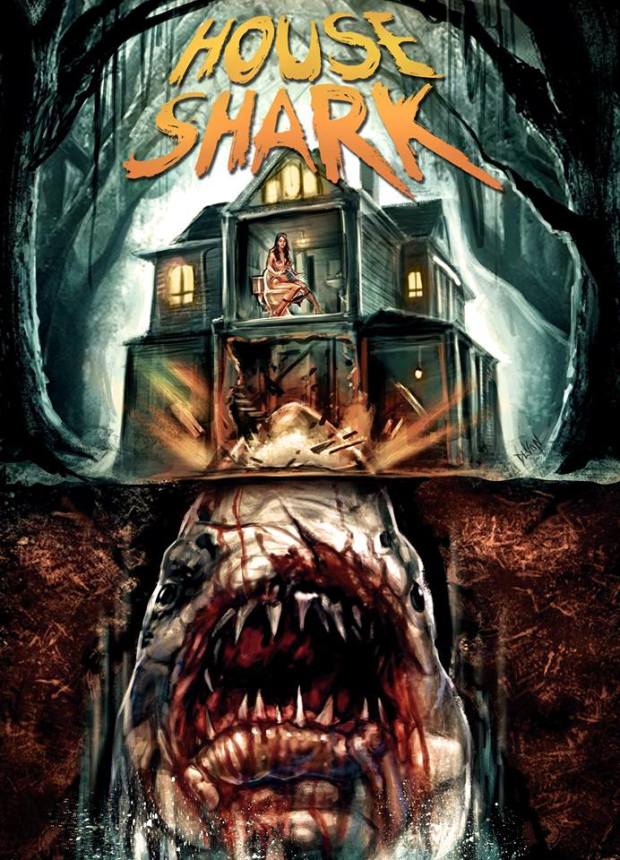 Are She Kills and Night of Something Strange set in the same cinematic universe? Where are the Avengers for all of this?

Lol, yeah we hope to do more of that. There’s even a reference to both movies in House Shark. A couple actually. I always include little tie-ins from other things I worked on to the current flicks. There’s one in “House Shark” that’s a nod of sorts to a short I produced years ago called “I’ve Killed Before”. It’s fun to do, and see if people catch them. But where those are just quick gags, I do have plans to tie some future movies into that SK/NOSS universe. Or I may tie in potential sequels to current movies more and more into that universe. Some of them already kind of are, like “House Shark” is actually part of the same universe but it’s not obvious in the movie. But if I ever did a sequel to “She Kills” it would make that clear just how “House Shark” is part of that realm.

Awesome! Are you currently working on any new projects?

Yes, but just bits and pieces until I get post done on “House Shark”. Then I have 3-4 scripts I need to fully form out and get finalized. I think I pretty much know these are the next projects I want to do.

What do you want people to remember about you after you’ve died?

I loved and supported underground and bmovies.

Ron Bonk, ladies and gentlemen and the genderfluid! Thanks to him again for the lovely interview! Support him via the links below.