The kids are heading (or have already headed) back to school, and because Netflix just released Adam Wingard’s latest, Death Note, this week is all about horror movies based in or around schools. Now, let me be clear from the start: I do not condone the murder of innocent children/students. Luckily, most kids and teenagers are assholes so they don’t fall into the “innocent” category. Here are ten school screams about mean teens available on screen streams. (Those were not perfect rhymes and I hate myself right now.)

As I had said on the show, I thought I had seen this and hated it. Boy was I wrong. This is one of the most fun genre films of the 2000s. It’s packed with kid-on-kid violence, a touching young-love story, great J-horror humor, and delivers the intensity you could only get from 40+ Japanese middle school students trapped on a deserted island with the goal of killing each other. For you newer people, this The Hunger Games but for, you know, people who enjoy movies. Available on Shudder. 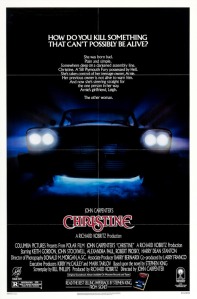 It’s been years since I’ve sat down to watch this and I’m glad I found it streaming. I put it on a few months back while I was folding laundry (and then got distracted and never finished it), and lost my shit when the phrase “TTFN” was dropped. Ta Ta For Now. That was a thing! John Carpenter was so hip. What teenage boy doesn’t love cool cars? Well, besides me and all my friends when we were in school. There’s almost nothing quite as entertaining as a great killer car story. Especially if that killer car story is crafted by the hands of Stephen King and John Carpenter. Available on Crackle. 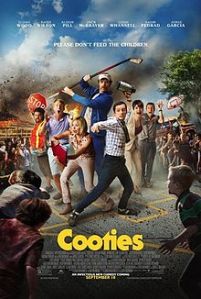 It can almost be guaranteed that if Elijah Wood has his hand in a movie nowadays it’s going to be worth your time to sit down and watch it. With his production company Spectrevision behind it and a brilliant mind like Leigh Whannell as part of the writing team, Cooties delivers on all fronts. It’s hysterical – and with a cast that includes Wood, Whannell, Jack McBrayer, Rainn Wilson, Nasim Pedrad, what else would you expect? It’s shockingly violent, as if a teacher wrote down his or her most terrifying nightmare that was later formed into a screenplay. Available on Shudder. 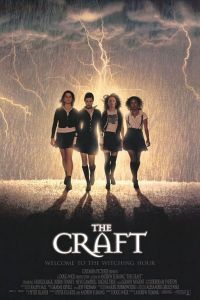 Along with the next film on the list, The Craft is absolute comfort food for me. Even just looking at the one sheet makes me feel all warm and fuzzy inside. The glut of high school horror we got in the mid-to-late 90s happened while I was in high school, and that’s when I really started to pay attention to story. I may be 35 years old, but I can still be a creeper (that’s what the kids say, I think) and watch these movies and pretend I’m back in high school (which would be a horrific nightmare because I fucking hated high school). From the soundtrack to the style, I will never tire of these movies, especially this witchy gem. Available on Netflix. 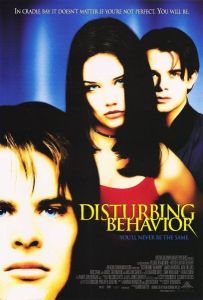 I’ve always heard that for kids growing up in the 80s (I was born in ’82, so I did most of my growing up in the 90s) you were either a Ghoulies kid or a Critters kid. I didn’t see those movies until this past month, but I can safely say I’m a Critters grownup. For us in the 90s, you were either a Disturbing Behavior kid or a The Faculty kid. I like both films, but I consider myself to be a DB kid. Between Katie Holmes’s brooding (yet super hot) Rachel and Nick Stahl’s burned out Gavin, I fell somewhere between (minus the super hot and the drugs, tbh). Just like The Craft, DB is a warm blanket on a blustery day for me, and I will always be happy to curl up with Katie – er, I mean, this… movie – for trip to nostalgia-land. Available on Vudu.

Annalynne McCord and Ricky Bates, Jr. are a match made in heaven. Bates, Jr. is such a great craftsman of fiction, and he knows how to write for McCord (as seen in this and Trash Fire). Both films are incredibly strange yet familiar. Excision could certainly be considered a teen scream mindfuck of a movie, and the ending will leave you speechless. Roger Bart and Traci Lords play the parents to McCord’s character, a high school student with a morbid fascination that goes beyond that of normal curiosities of dead animals on the side of the road or a peak inside the neighborhood mortuary. Available on TubiTV.

Who doesn’t love a good Schumacher? Batman and Robin? Anyone? Speaking of morbid fascinations, here we have a group of medical students who like to skirt the line between life and death. Featuring the likes of Oliver Platt, Kiefer Sutherland, Julia Roberts, Billy Baldwin, and Kevin Bacon, Flatliners (like Re-Animator) shows us that just because weird teenagers grow up to want to be doctors, it doesn’t mean that stop being fucking weird. I haven’t watched this in a few years, so it seems I need to give this a revisit, but the intensity of it has stuck with me. Available on Shudder.

After hearing the praises sung by the Shock Waves crew over the course of several episodes, I finally dipped my toes into the Mary Lou pool. Good God in Heaven what a fun movie! Imagine, if you will, if A Nightmare on Elm Street, Carrie, and The Exorcist had a weird, Society-style, cinematic orgy and fused into one film. That amalgamation would be Prom Night II. From the FX to the performances, this is a sparkling diamond that is wading amongst the loose stool and used tampons in the Amazon Prime sewer system. If there’s one movie from this list that MUST be viewed, it is this one. I’ll say no more. Available on Amazon Prime.

Just like Disturbing Behavior and The Faculty, or Ghoulies and Critters, you were either a Freddy kid or a Jason kid. I was Jason kid because the pictures alone of Freddy in Fangoria gave me nightmares (not to mention Freddy’s Nightmares popping up on late-night TV). And then we did our ANOES marathon at Alamo last year and I realized I had forsaken Mr. Krueger. As our heroes keep slipping away (Craven, Romero, Hooper), their legacy shines bright in their films. Wes Craven knew how to write for teenagers, and there is no other movie that shows perfectly that fact, than A Nightmare On Elm Street. Available on Netflix. 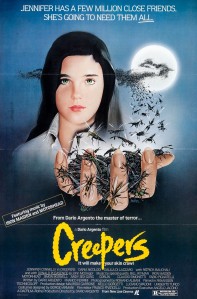 I watched this earlier this year for the first time, and I’ll be honest, I kind of hated it. I don’t know why. Maybe it was because I hadn’t watched enough Italian cinema so the dubbing threw me off. Or maybe I hadn’t seen enough Argento and his less-than-stellar writing got to me. I don’t know. I DO know that Argento, although not the best writer, is a brilliant director, so THAT I could appreciate. Upon a rewatch a few days ago I realized I was way off base when it came to judging this film. A young Jennifer Connelly, a super Donald Pleasance, brutal slayings, a traditional giallo tale. It all adds up for a great movie. Available on TubiTV.