I approach everyone I don’t know very well by assuming they don’t like the horror genre. That way when I learn they’re fans of blood and guts it’s a great little surprise. I first met Joey Galda years ago when we did a musical together called I Love You Because. I knew Joey was a theatre guy. So when it came time for the latest Horror Exam and knowing that our theme would be horror musicals, I knew Joey would make for a great contestant. What I didn’t know was that Joey was a huge horror fan, so I immediately booked him for a regular show.

Some people say they’re horror fans and you can assume they’ve seen staples: Friday, Nightmare, TCM, etc. But when a title like Phantasm is dropped – while a “duh” title for us horror geeks, the “regular” people have no idea it exists – little hearts float out of my eyes. Joey told me he recently watched Phantasm, and those little hearts started spewing out of my eyes like the blood out of a victim of The Tall Man’s sphere. 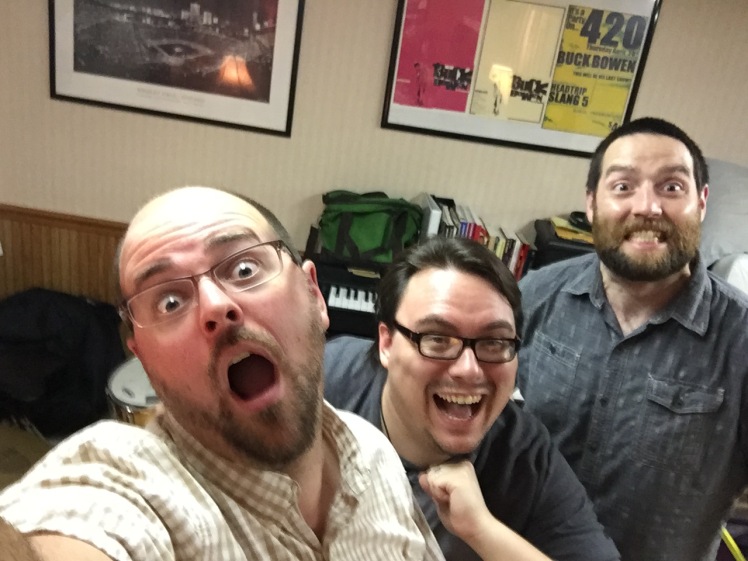 Below is all the movies we talked about. And we’ve recently become an Amazon Affiliate, so if you click on the poster art, it’ll take you to Amazon. Buy that movie and we’ll get a portion of the cost! It’s a win-win. You get a movie, we get a little change.

The Exorcist: The Beginning (2004, Renny Harlin)

“After his gay experimentation in Nightmare 2, Freddy’s back to terrorize the remainder of the Elm St. children. Except Nancy’s back, too, and she knows all too well how to harness her newfound power. Now a hotshot grad student with a heart dedicated to helping teens coping with traumatic night terrors, Nancy discovers Freddy has returned, and she’ll stop at nothing to defeat him once and for all. With the backdrop of a psyche ward and Morpheus as the head nurse, Nancy and her new friends will battle Freddy Krueger until he will haunt no more.”