SOV is a genre all its own. Making the shortlist of best-known SOV horror directors during the home video boom of the 80’s is Donald Farmer. Mr. Farmer has directed such infamous films as Savage Vengeance, Cannibal Hookers, Demon Queen, and Vampire Cop, amongst others, and used a little savvy to find distribution and gain media attention. In our interview, Donald was a man of few words, speaking simply and straight to the point.

What inspired you to start making SOV movies in the first place?

I made super 8mm movies in the 70’s so when the home video market launched in the eighties I wanted to make movies that would be in video stores.

Admittedly I only recently discovered you when Massacre Video released the DVD for Savage Vengeance. Are you finding that your work is more popular than ever thanks to these little distributors?

Yes definitely. There was no online social media when I started making movies so I got very little feedback outside of magazine reviews.

You’ve been doing this for over 30 years! Have you gotten to work with any of your heroes?

If you could put together a “Best of Donald Farmer” set, what films would be included?

CANNIBAL HOOKERS, CHAINSAW CHEERLEADERS, and HOOKER WITH A HACKSAW

I recently re-watched Demon Queen, and there’s something about it that just hits the spot. Were you ever trying to make movies for others or has it always just been for the sake of creating.

I try to make movies I would like given the budgets I have. Even when I’m hired by other producers.

It seems to me that the SOV scene would lead to many films being completed, yet never released. Do you have any films the public has never seen, and is there any chance we may ever see them?

Yes Space Kid and Ms. MANIAC. Neither will be coming out.

What has been your proudest accomplishment as a filmmaker?

Just getting movies in video stores all over the world.

What are you currently working on? 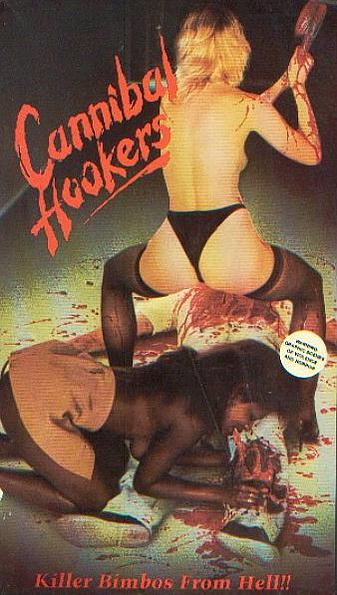 Alright, something silly. If you were on death row, what would your last meal be?

Thanks again so much for your time! It’s an honor to hear from such a pioneer!