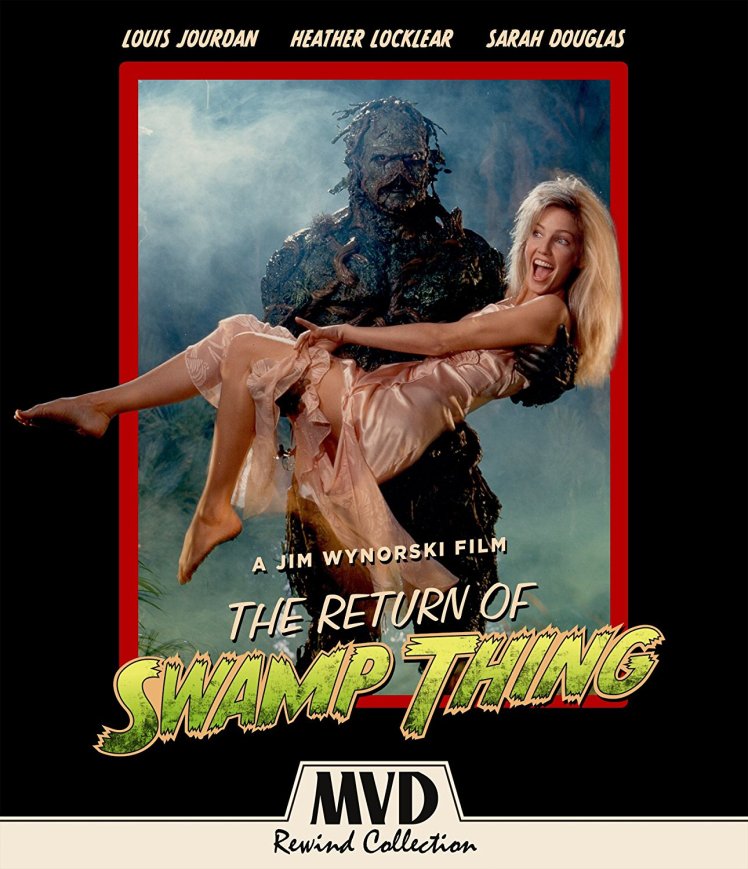 From director Jim Wynorski, Heather Locklear’s Boobs AKA The Return of Swamp Thing
I saw Avengers: Infinity War against my better judgement. I knew I was done with the modern superhero yarn and I got absolutely nothing out of it. It was big, it was busy, it was SAME-Y. In other words, it was being stuck in traffic on the way to work on Monday morning. The good vs evil dynamic that seems to drive everything isn’t of much interest to me, and when it comes to superhero films, that angle is obviously amplified. For that reason, you won’t find me reviewing superhero films very often…
Enter The Return of Swamp Thing. Based on characters from the DC comic where Swamp Thing is basically Captain Planet without the kids and rings. there are also things like the Rotworld story-line, wherein Swamp Thing—as an avatar of “The Green”, and Animal Man—as an avatar of “The Red”, are tasked by The Parliament of Trees and The Parliament of Limbs, respectively, to team up to defeat Dr. Anton Arcane and “The Rot”. It’s trippy and nightmarish, Lovecraftian even, as it features animals and humans being turned inside out. It is good. Most importantly it feels more like a horror story than a superhero one. 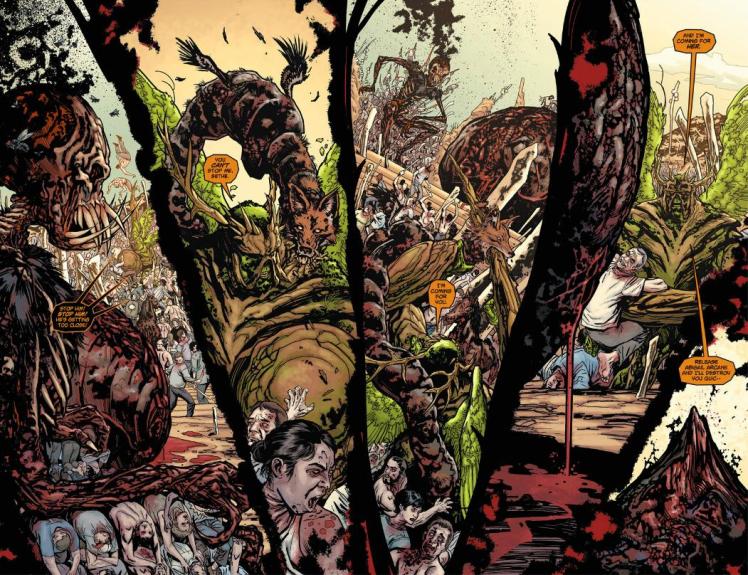 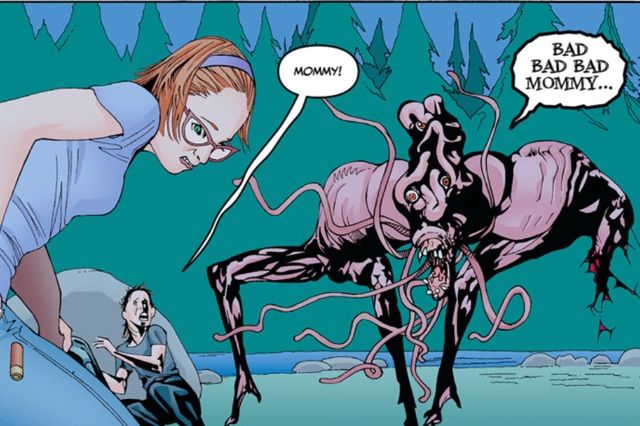 Point being, I view Swamp Thing in a different light, as in my experience he’s portrayed as less of a hero and more of a pile of vegetable matter that just happens to be an elemental entity of balance. That entire point is moot however, since we are talking about Wynorski’s The Return of Swamp Thing.
Jim Wynorski is known for his directorial efforts in Chopping Mall, Munchie, and Deathstalker II, in addition to his many softcore porn efforts like The Bare Wench Project and The Hills Have Thighs. You may be thinking that Wynorski is an odd choice to direct the follow-up to Wes Craven’s Swamp Thing. You would be correct! This is Swamp Thing, not Swamp Ding-a-ling.
The odd thing is that, attempted rapes aside, The Return of Swamp Thing is like a Saturday morning cartoon come to life! Rich in color, and hokey like Buck Rogers in the Sunday comics, but with enough Heather Locklear cleavage and hallucinated plant-man sex to make it “cult.” I guess in that way, it would fit right in with Flash Gordon or Barbarella (That’d be a great movie day actually). There’s even a subplot that follows the two worst kid actors I’ve ever seen in their quest to eat snacks or take pictures or something. I don’t know, it didn’t really seem important, but the chubby little redheaded boy was hilarious.
So, The evil Dr. Arcane is creating an army of un-men. Creatures that are horrific, suffering, human/animal mash-ups. He is doing this to somehow obtain eternal life??? I don’t know. But There’s a cool cockroach dude and another cool elephant dude, and a dude with a giant head! Abby (Locklear) leaves her plant shop to check up on her stepfather, Dr. Arcane himself, looking for answers about her mother’s untimely death. Dr. Arcane decides she is perfect to keep or something? The plot doesn’t make sense but that’s OK! Point is, Toxie—err, Swamp Thing fights his share of subhumanoid creatures, and there’s lots of cool effects and huge explosions and some really good fire.

Heather Locklear definitely receives the most screentime as Dr. Arcane’s stepdaughter, Abby Arcane, and I’ll give you two guesses as to why. While her performance may have earned her a Razzie, her sweater hams gave a standout performance. 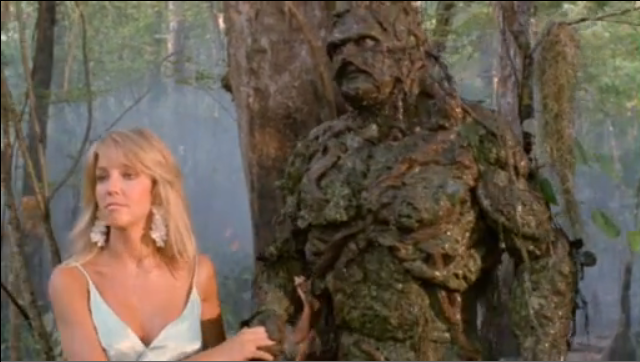 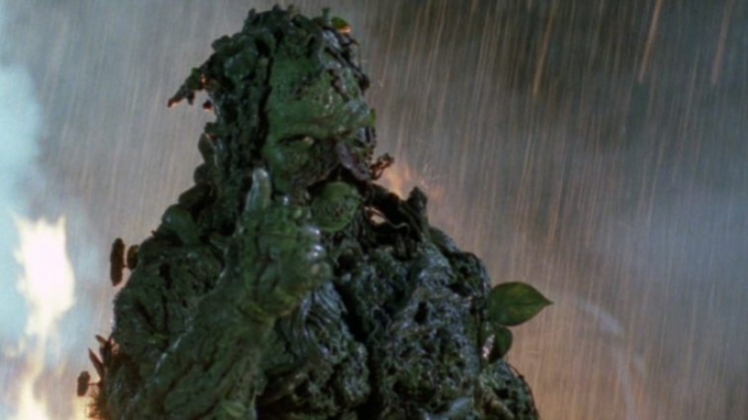