“Today is the day that our sins will be over”
So states the front cover of todays review, the third and final film of whats been one the sickest trilogies of my life, August Underground’s Penance. For a quick recap if you havent read my first two reviews, I was a huge fan of the first installment for its terrifying look into the lives of two bored psychopaths looking for a thrill. I was let down by the lack true fear presented in second film Mordum, but impressed with the shock tactics used to disgust the viewer. So what did i think of part three? Did it get back to the realities of the original, or present the audience with copious amounts of gore like part two? 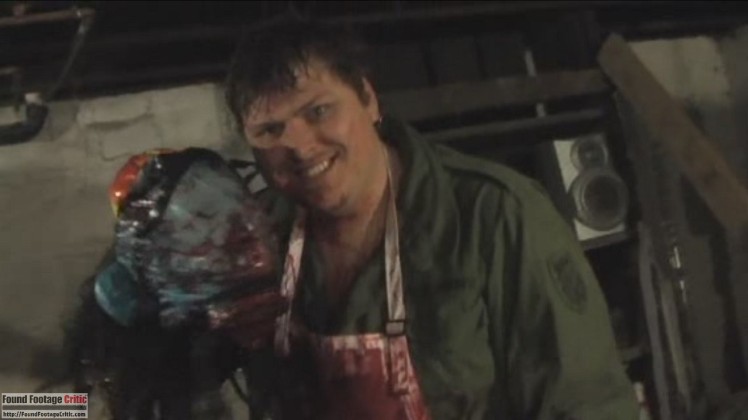 Penance has much more going on than what may be seen by the average viewer. You have to watch parts one and two to understand the character progression that we see with our main character Peter who is once again played by writer and director Fred Vogel. It’s obvious he has gotten older, in the opening scene one of his victims breaks free and after an off-screen fight we see that the escapee was able to bloody Peter’s nose and almost get away before he was killed.
I don’t think Peter is happy with his life and what he has become, he openly states to one of his male victims that he doesn’t like himself. Afterwards he harasses the man for getting blood all over the floor. I think Peter has always in someway used killing as a way to release his own self loathing, but to me that is never more apparent than right here.
As usual the film continues on as most of them do, Peter and his girlfriend Cristie continue with their usual hijinks, though they each seem more bored and tired than usual, at least when compared to the first two. This leads us to one of the most disturbing scenes in the series when Cristie gives Peter his christmas present, which in this case is an unsuspecting family.

They break in and the usual murder and rape ensues, and of course things get tricky when the child sleeping upstairs wakes up to find the atrocities that are taking place. It’s especially hard to imagine this being a man with a family myself, its brutal and senseless, and absolutely what makes this movie so terrifying.
The gore effects in Penance are probably some of the best i have ever seen, and in my opinion they far surpass what was present in the first two films. In AU Mordum, i felt that the special effects took away from aspects that made the original so scary, but in Penance this is not the case. Penance is longer and the filmmakers go back to the basics and show us how dirty and disgusting two murderers are, and also show us all the repulsive, and vile crimes they commit. Forewarning, if the dead baby in a barrel bothered you in the previous film, then you truly aren’t prepared to see what AU Penance is showing its viewers.

Not only does AU Penance have a deeper story and more character progression, but the depraved scenes that we have come to expect from this series are elevated to a level of almost disbelief. It is a perfect mesh of the first and second film but in each case amplified. Fear of the unpredictability of unstable, vicious minds and the extreme ways in which they dismantle their victims. Penance is by far my favorite chapter in the August Underground Trilogy and is an amazing note to end the series on, if you call yourself a fan of extreme horror than this is a must watch. 8.5/10