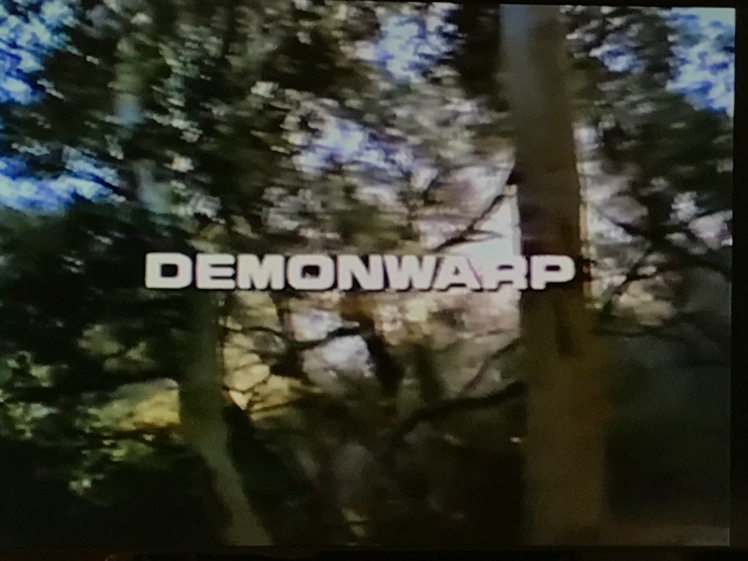 A spaceship crashes into earth before the opening credits roll and right after those credits end, we’re treated to Bill Crafton (flabby heartthrob George “F’n” Kennedy) spending some quality time with his adult daughter. Before their intense game of Trivial Pursuit can crown one of them victorious, the touching hang session is interrupted by a pissed off bigfoot. Crafton’s daughter is beaten to death and dragged away while he is left a concussed mess on the cabin floor. You may ask: “what in the holy hell does a crashed spaceship have to do with a bigfoot encounter in a stretch of California woods?” Well, besides starting a conversation in a fashion that is guaranteed to make us best friends, you would also discover the interstellar accident has everything to do with increased sightings of the North American forest giant.

We’re not the only ones about to discover the odd connection. After his uncle goes missing looking into the claims Crafton made about his daughter’s disappearance, Jack Bergman (who in a certain light resembles a stand-in for a Robin Williams impersonator) takes a group of friends along with him to investigate.

They come across Mr. Crafton who is now hellbent on tracking down the hairy bastard that took his daughter and dealing out some form of sluggish old man style vengeance. Ignoring his warnings to pack up and leave, the group of “youngsters” come face to face with the hairy horror and their numbers drop from five to three. The trio get busy getting the fuck out of dodge once daylight hits but it’s not going to be easy.

That spaceship from the beginning of the film landed in the area decades ago and the alien creature aboard has been manipulating whatever humans it comes across in an attempt to get back home. This means we get to see a reverse Sasquatch transformation and a bunch of zombies (including one sporting an awesome Residents tour shirt).

Late eighties oddity embraces the everything but the kitchen sink attitude to full effect. Michelle Bauer shows up to take off her top (along with the majority of the female cast) and there are some lovely scenes of splatter. The bigfoot costume is cool as hell, the zombies come from far out of left field and an ageless evil preacher eventually makes his presence known. What more could you ask for from some American made cinematic insanity? 8/10