Before we begin, here is the original review for Hell House LLC as it appeared on my Instagram review page (reviewstagram?).

Hell House LLC (2015) (USA) DVD Hell House LLC: Excellent found footage/mockumentary hybrid injects some life into the unfairly maligned sub-genre. Five years ago the Hell House company set up shop in the small town of Abaddon after a run in New York. Utilizing a long abandoned hotel with a satanic past, the team get ready to scare the hell out of their customers. Filming the preparation, they manage to catch an escalating haunting and the mental stress it brings along with it. On opening night things go bad and fifteen lives are lost. Now a documentary crew is making a film on the subject and when the lone survivor of the Hell House team shows up, the filmmakers jump at the chance for an interview. The survivor gives them all the footage from inside the Abaddon Hotel and we watch as the filmmakers discover just how fucked up things got. Some genuine chills and a wonderfully creepy setting make for a fun watch. The cast is solid and the editing is near perfect. 8/10

As you can tell, I was a fan of 2015’s Hell House LLC. So I carried with me my regular wariness for any sequel to something I enjoyed yet I couldn’t help but still feel a bit of excitement. The sequel successfully pulls off the mockumentary/found footage amalgamation again but kind of gives away too much and comes off less terrifying than its predecessor.

Eight years have passed since the tragedy at the Abaddon Hotel (which was the meat of Hell House LLC) and another documentary is being pieced together. Mitchell Cavanaugh, the sole member of the original documentary’s team, is being interviewed for Morning Mysteries along with a psychic investigator and an Abaddon town official who is behind a lawsuit attempting to remove Mitchell’s Hell House film from the market. A journalist, Jessica Fox, from a Vice like internet news outlet is watching and wants to use Mitchell to help her navigate the inside of the nefarious building. She has gathered suppressed information and proof which points her to the original owner’s satanic practices and the town’s coverup. Jennifer manages to convince Mitchell to join her and her team for a quick trip inside in hopes that he can get some answers to what happened during the filming of his documentary from two years ago. This plan ends up being a disastrous one.

The addition of various videos documenting ghostly encounters and last known footage of various missing people keep the macabre weirdness in the forefront during the buildup. The creepiness hits pretty damn fast once the journalist and her team enter the house and it drops the subtleness of the prior installment right from the get go. It makes for more fun (which the wonderful spooks house designs enhance) but loses the dread filled weirdness mastered by the original. Which is fine but not exactly what I was hoping for (that’s on me and I’m sure further viewings will prove to be far more enjoyable).

Outside of the nitpick with how much is shown, I will say that I was not a fan of its ending. It works to explain quite a bit but I felt that wasn’t needed. It completely kills the suspension of disbelief one needs when viewing found footage horror. It just hits as a bit to cinematic for my tastes (again, that’s on me and you may have no problem with it.) Hell House LLC II is still a good movie and offers a few good scares. Sadly, it exists in the shadow of its superior original. You can check it out for yourself on Shudder. 6/10 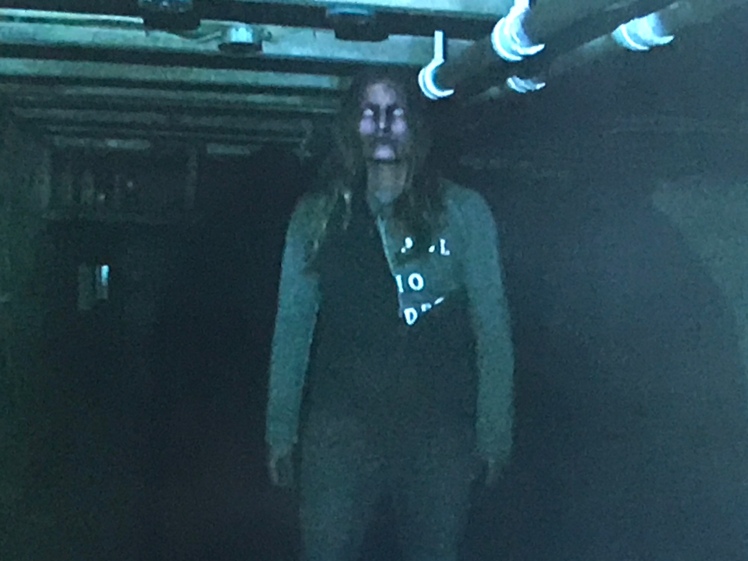