New flicks from people I am a genuine fan of (in this example Justin Benson & Aaron Moorhead) always make me nervous. I put off watching them because I have that nagging dread that I’m going to be disappointed. I’ve put off watching The Endless for months because of this insane dread. What can I say? I’m a dummy. Resolution left me gobsmacked after the first viewing (the promotional poster I had seen had me going in thinking it was a micro budget torture flick) and their follow up Spring is a perfectly pulled off genre blend that would have failed in the hands of most filmmakers. They also had the standout segment, Bonestorm, in the otherwise meh V/H/S Viral. So I was excited when they announced The Endless was making its way into the world… but then that dread kicked in. I need to stop listening to those bad feelings.

Two brothers return to the cultish community they fled from years ago after a mysterious package arrives at their door containing an odd video from said “cult”. The younger brother (Aaron) is in desperate need of closure so he can get on with his life. While Aaron finds nothing but the comfort that has eluded him since leaving, the elder brother (Justin) believes the commune is hiding something. Somehow…nobody is wrong. Time and space begin to lose their place in the world and the story goes in some fascinating directions.

Some folks find Lovecraft’s indescribable horror to be a copout (I never have but what the hell do I know), the horrors that lie just under the skin of The Endless are so perfectly realized you get such a great feel for what nightmares exist just beyond our reason. As one character puts it: “…made up of impossible colors” I love that. Adrenaline junkies and splat rats should probably steer clear, but if you love atmosphere and dread you should be in good hands.

Incredibly solid sequel to Resolution is just as good, if not better. It’s a masterclass in slow burning unease and unfathomable horror. If you haven’t seen Resolution (please do) you’ll be fine going into this but it does help to paint a complete picture and it’s really fucking good too. I don’t want to give too much away because it’s a damn fine journey to take part in. The acting is solid all around and I’m always happy to see Lew Temple in anything, the isolated yet somehow busy shooting location works perfectly, well placed humor alleviates the tension where it’s needed, a genuine sense of pathos haunts nearly every frame and the team of Benson and Moorhead prove my trepidation was unfounded. 10/10 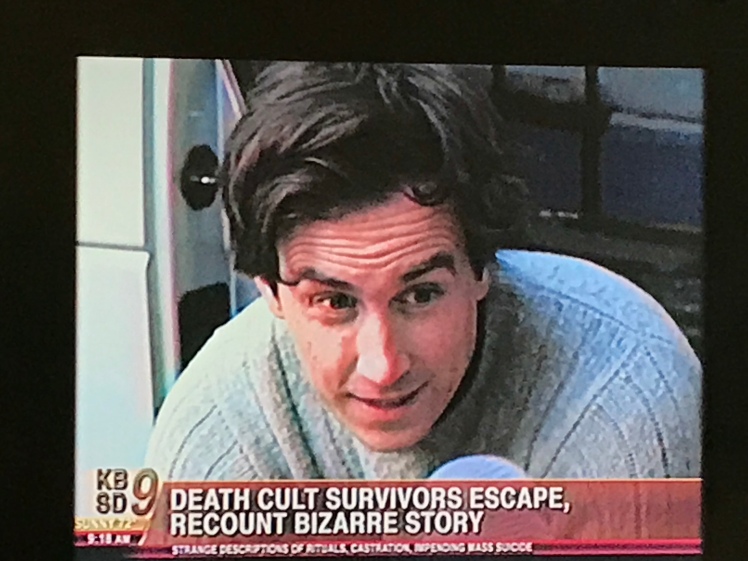