Please see this movie before reading on! Come on! Go watch the damn thing! Ok. We good? Great! The film opens with a young college student farting spiders, which resemble Angelique Pettyjohn, out of his eyes. That doesn’t happen but if you read that and thought it might, then you haven’t seen the damn movie! So, go fucking watch it! This film’s plot hinges completely on a major spoiler nearly halfway through. It will be talked about because if it wasn’t it would just be me gesturing towards the movie’s poster with my eyes bulging out screaming “please go see the damn thing!” I really didn’t even want to tell you that much, hence the farted spiders that look like busty old Pettyjohn.

A mother and her two teenage daughters head out to their recently inherited new house. The secluded property is right up Beth’s alley and looks like it may benefit her burgeoning passion with writing horror stories. Vera is on the other end of the spectrum and is reasonably pissed off she has left her rich social life behind. The family dramatics come to an abrupt halt when a freakishly strong giant and his psychotic mother (maybe. It may be a man in drag) invade the house. Just when it looks like shit is about to get really bad, mom unleashes her inner lioness and wipes out the intruders.

We skip ahead a few years and Beth is now an accomplished author plagued with some nasty nightmares. Vera is a psychological mess still living in the house with their mother and reliving that night on an endless cycle. When Beth receives a distressing call from Vera begging to be saved, she heads back home. Mom is happy to see her and tells her everything is alright but Vera’s mental state continues to deteriorate. Beth soon comes to see that Vera may be getting physically attacked by an unseen force within the house. Could it be that the two lunatics her mother killed have come back to claim what they wanted?

Nope. Here’s where the rug gets pulled on out from under you. Turns out mama did not muster up a last minute ass kicking. She was murdered in front of Beth, which triggered a psychological break. All that troubled but still promising future for Beth was just a defense mechanism and the brutish giant with a doll fetish, knack for torture and his vicious companion have spent the last few days making life a living hell for the two girls.

Suitably disturbing, Ghostland is another fine film from Pascal Laugier. The midway twist is insanely refreshing and works to answer a few questions I had with some plot holes. I usually just let those holes go but it was quite rewarding having them all obliterated in one brief turn of the knife. There’s still some issues but none of them have much of an effect on the movie as a whole. The wretchedness of what is in store for the sisters is (for the most part) suggested but it just makes everything all the more squirm inducing. That’s not to say there is no violence, there’s quite a bit of it but it never hits the level of extreme it hints at. A thoroughly enjoyable bad time! 8/10 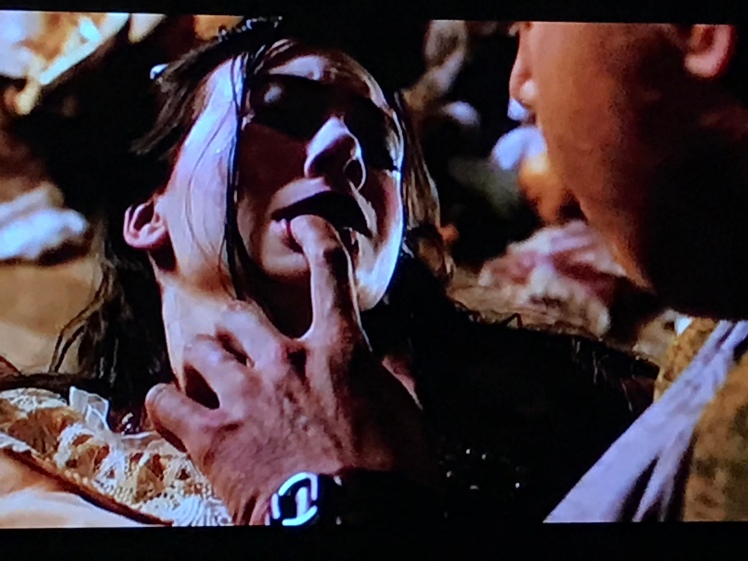 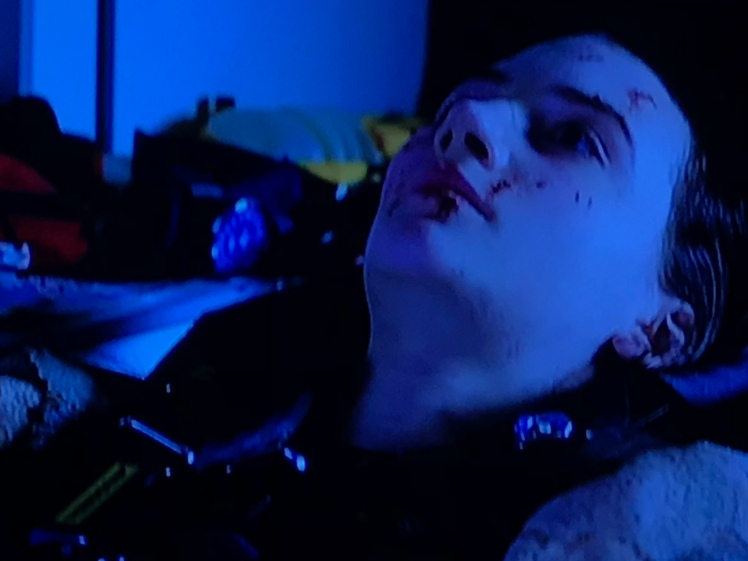