Half way through Maleficia’s butt numbing 100 minute runtime, my wife came home. Since I love her, I decided to spare her an introduction to French bargain basement splatter and turned off the damn thing. There is no doubt in my mind that in saving my wife, I also saved myself. One hundred straight minutes of this film could have been torture but two fifty minute viewings allowed for a charming and gory time. Sure it still has its issues, and we’ll be getting to them shortly, but now I can look back favorably on this cheapjack garbage. Yes. That does make me a hero…or does that make her a hero?

It’s September of 1860 and the Karlson family makes their way through the Transylvanian countryside on a course to a newly inherited castle. The gang of six are all jammed into a tiny stagecoach and eagerly anticipate their new home. That’s not entirely true…combined they have the acting abilities of a semi-sentient carrot so I may be projecting emotions onto them which I felt they were lacking. I’ll try this again; the Karlson family sit silently in a stagecoach, slowly approaching their new property. When the horse refuses to carry on, the coachman decides to head back to a small chapel he had noticed and see if he can scrounge up some help. That proves to be a horrendous idea.

The chapel, located conveniently in the middle of nowhere, is currently being used by a sect of cannibalistic Devil worshippers. They’re in the middle of some kind of blood ritual and their supply of the red stuff is being provided by some unwilling donors. The head satanist collects what needs collecting and goes about with saying what ever needs saying. After various tortures are inflicted upon the poor sacrificial women, the dead emerge from the forest floor and the satanists magically vanish. It would seem there is far worse than a stalled carriage and awkward silences in store for the Karlson clan.

Faster than you can say “Wait. What?” the family of idiots are running around the woods in Victorian era clothing, dodging some shoddy ass zombies and getting separated from each other. A few make it into the nearby castle but find little comfort as the satanists are already inside and the basement is home to some piss poor vampires. 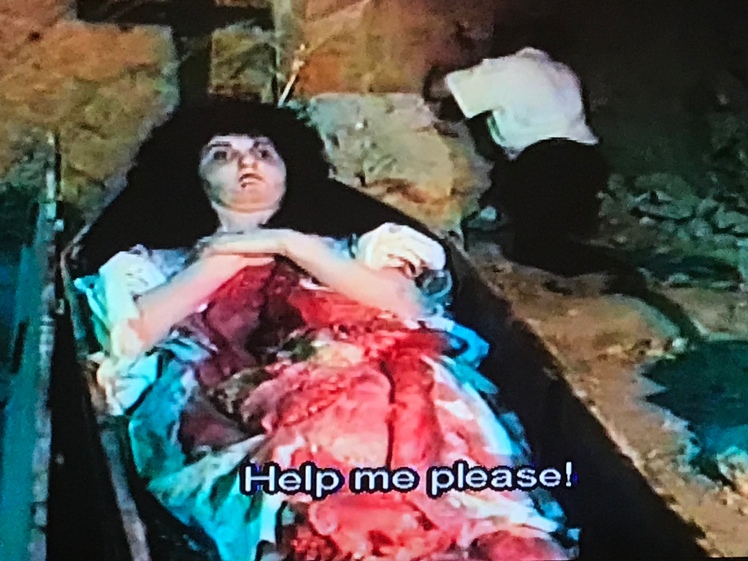 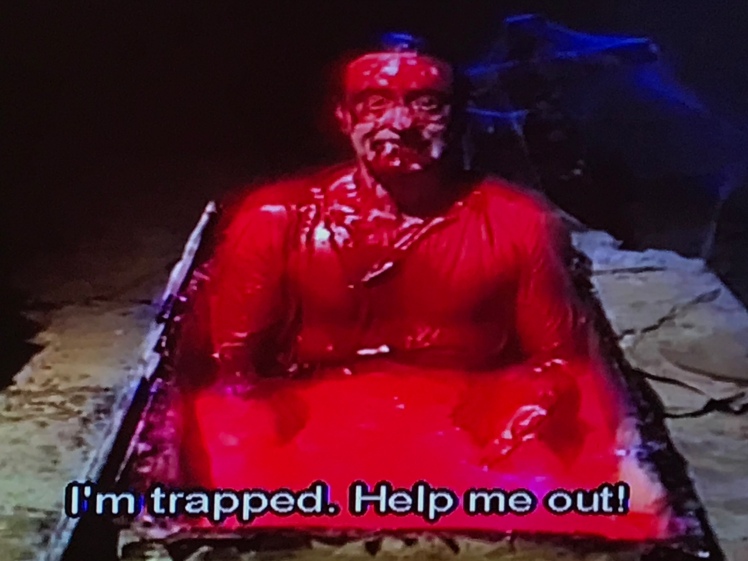 Bloody death hits most of the family like the collected prayers of the viewership were answered by some sympathetic god and soon we are down to only two remaining Karlsons: a daughter who has somehow survived even though she has the instinct of a coddled child with severe brain damage and the eldest son, John. Get used to that name. You’re going to hear it screamed on an infinite loop for the *checks time* Jesus Christ! remaining fifty minutes. John has also been bitten by one of those lame ass basement vampires and will spend the remaining seven hours of the one hundred minute movie struggling to remain human. 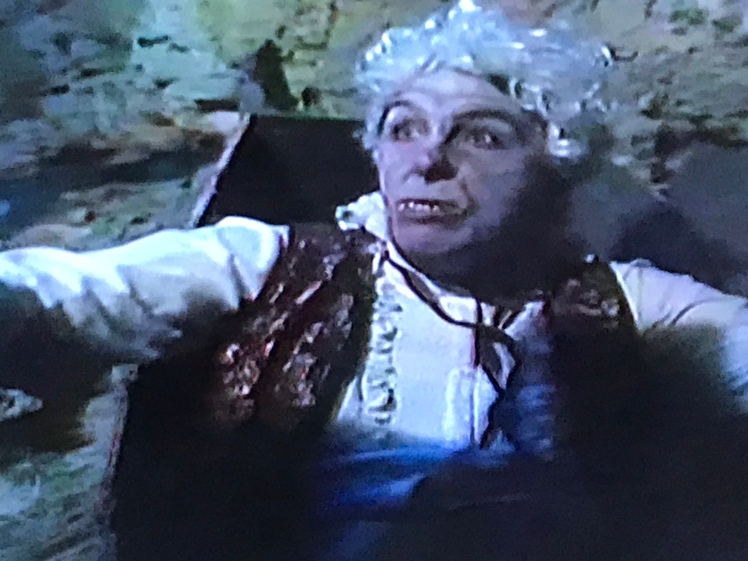 After an agonizing stretch of nothing but the screaming of the name John and performances from performers with the acting prowess of a slowly dying sloth, the head satanist returns and the diabolical scheme comes to light. There’s more body part collecting and blood gathering from captive women and a few more words of evil are laid out. Satan himself rises from a punchbowl full of gore with the goal of impregnating our heroine and bringing forth the antichrist. It is at this moment that director Antoine Pellissier slaps us in the face and delivers what is possibly the worst ending a patience challenging labor of love from a horror film nut can throw your way. Will I spoil it for you? No. You go on ahead and find out for yourself. 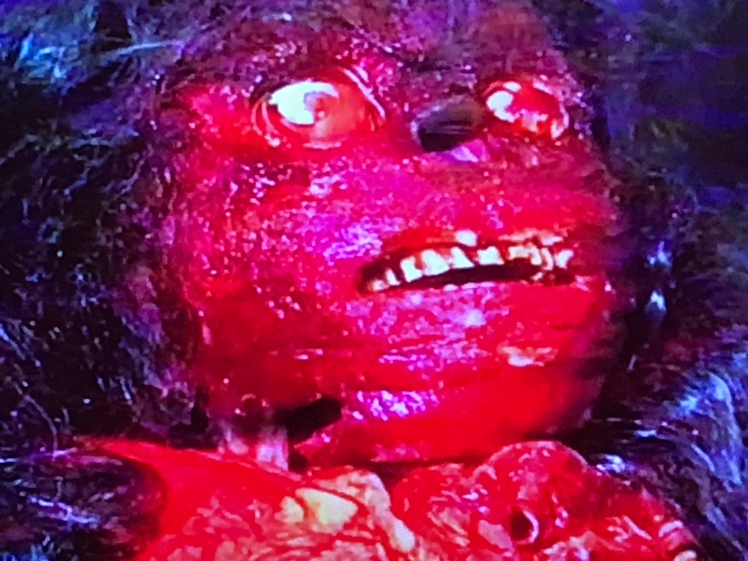 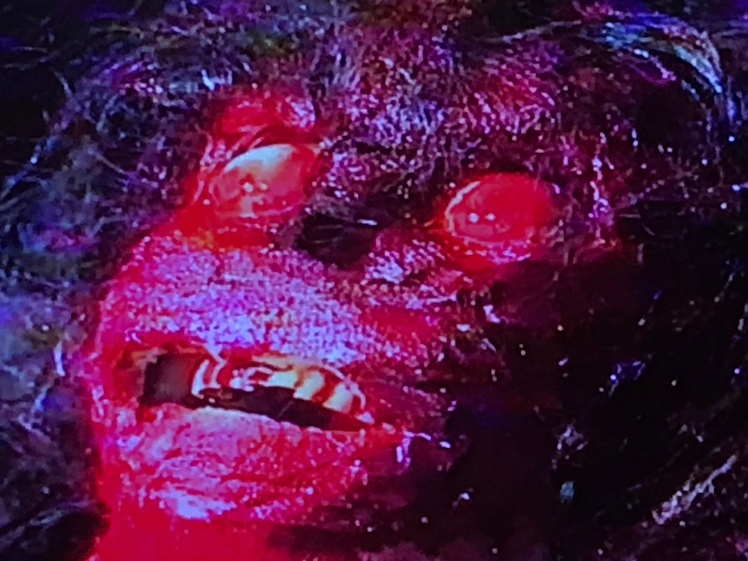 There is plenty to enjoy in Maleficia if you have a soft spot for trash horror. The violence is over the top and so far away from any realism that it never unsettles. The film may be about thirty minutes too long but you can still see Pellissier’s enthusiasm taking the wheel. It’s why we love the backyard epics from Nathan Schiff and the braindead shenanigans of those Polonia rascals. They all loved what they were doing and just wanted to share that love with as many people as they could. There’s so much wrong here. The audio ranges from non-existent (it drops out completely on more than one occasion) to explosive skull piercing vocal ice picks. The best acting belongs to a goofy weirdo in an ill fitting devil costume and there was probably a two paragraph script. But this is trash horror. This is the corrupt lifeblood of all us fanboys looking for an outlet. It’s an inside joke and, luckily, you’re in on the punchline. Laugh along with it, slap your forehead in disbelief and I highly recommend taking a break halfway through. Trust me. It helps 6/10 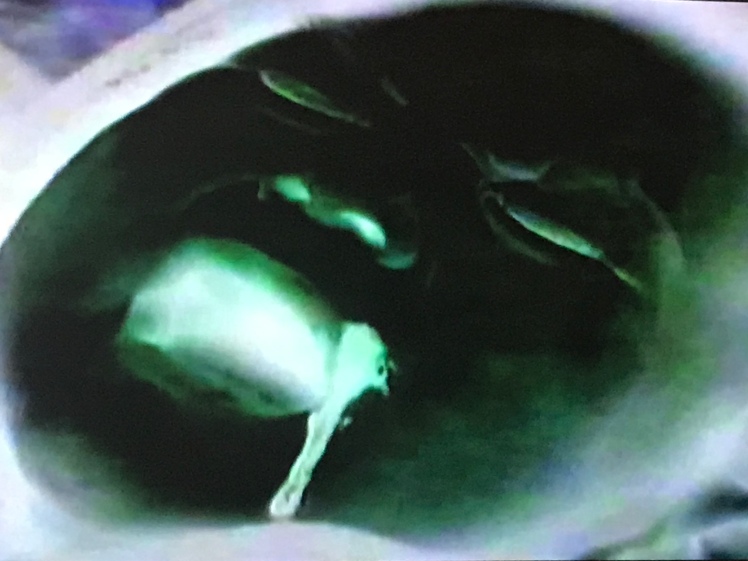 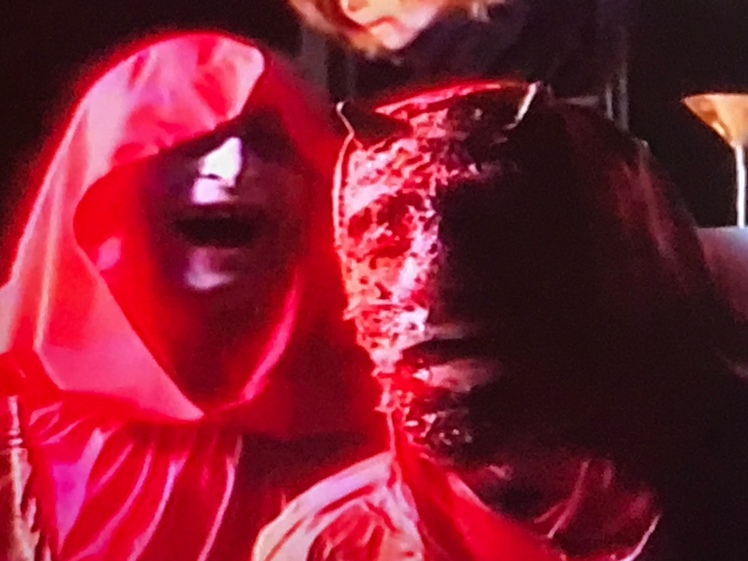 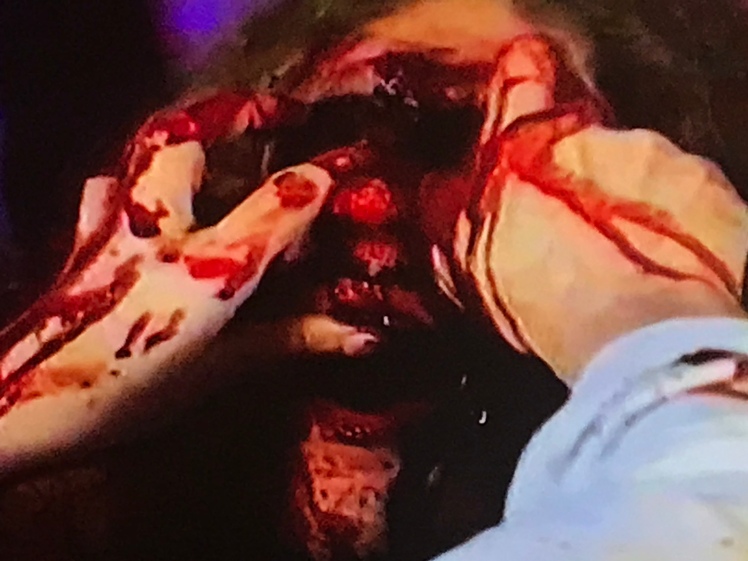