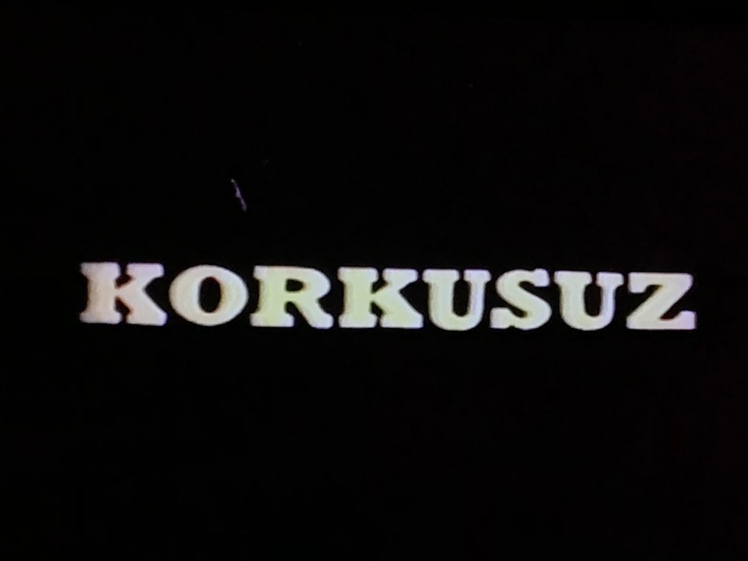 When all hope is lost and the future is bleak

Who ya gonna call?

When your cheap ass film needs a defender of the weak

Who ya gonna call?

mumble through all that spilled blood

He poorly imitates Stallone and has the acting prowess of mud

Oh I didn’t see you there

A vicious gang of mountain dwelling bandits have just taken a rich businessman hostage. Don’t worry, it’s all part of the Turkish army’s master plan to weed out the diabolical Ziya. Ziya has been a thorn in the military’s side for far too long and they have had enough. They manage to capture two of the bandits and imprison their scuzzy asses alongside a mysterious and buff prisoner. During the transportation of said trio of scum, the buff dude manages to disarm their guards and they escape. He accepts the invitation from the thankful bandits to join them at the hidden mountain base of Ziya. But don’t you worry, the beefy hard body is actually working with the Turkish army! It’s Serdar! And you can damn well bet he’ll be getting the job done!

You don’t really need to know much else when it comes to this craptacular piece of cinematic garbage. There’s a chick in tow who tries to pierce the rough exterior of our hero (after he inadvertently causes the death of her family and burns down her home) and there’s plenty of cheap ass explosions to send the endless supply of henchmen flipping like they just left the cocaine afterparty at Cirque du Soleil. If you were expecting any sort of satisfying plot when you heard “Turkish Rambo” then you have just about as many brain cells as our hero.

Am I doing this right?

Patriotism melds perfectly with homoeroticism as we watch Serdar stumble from one adventure to another. Extended scenes of laughable torture are overlaid with the incessant screams of the heroine. Ziya (who looks like the unholy lovechild of Martin Landau and Walter Matthau) insists he’ll get to the bottom of things and the planted prisoner watches on from a window. Everyone has the personality of waterlogged wood and look as if they are on the verge of crapping their pants. The term “action flick” should be used loosely. It’s all forced intrigue placed within the context of someone who fell asleep watching Rambo: First Blood 2 and decided to write a script. It’s near perfect.

Turkish trash strikes again and I couldn’t be happier. Their major film ripoffs on a budget are always a good time. The dialogue may have been typed out by a dozen chimps with one typewriter, forced to watch badly edited soap operas. Emotion is just a term thrown around and misunderstood by every actor. As we try to decipher what is going on, our train of thought is broken by a Stallone impression that sounds like Sly if he were performing whilst either hungry or constipated…maybe both. Just when the movie might lose ya, the world’s most pathetic rocket launcher is introduced and the sky looks a little brighter. Korkusuz is the cure for any bad mood or the proper punishment for any snobbishness. You need it in your life. 9/10