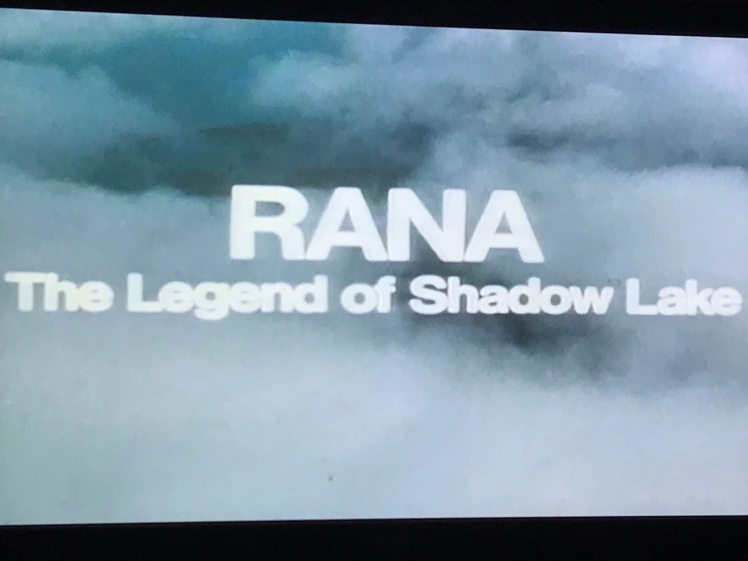 Breath in deep. Can you smell the grilled sausage in the air? Is that the scent of beer spilled on a hardwood floor ages ago? Of course it is! This is Wisconsin and you’ve stumbled into Rebane Country! For trash film loving fans, Bill Rebane is synonymous with cheapjack fright flicks and lovely Midwest vibes. It’s a somehow pleasant mixture of boredom and entertainment. Rebane films are basically a drunk uncle you love with every fiber of your being in the middle of a tale that goes nowhere after he’s polished off a case of Schlitz. You could get frustrated but the warm and fuzzy feelings are blinding you to the butt numbing ramblings of a loaded sweetheart.

Kelly Morgan has returned to the island he grew up on with his ranger father to close the book on the horrific events which occurred in his youth. He’s brought along his gal and his memories of the fateful event. When his special lady friend asks for the juicy details, he obliges and the main focus of our film begins.

A secluded island gets a boost in visitors after a strange fossil is found. A couple scientists (one who dies almost immediately and one who brings along her niece) and a trio of loggers (whom have spoken to the recently deceased scientist and believe there to be treasure for the taking) join the people already living on the island (the ranger and his son and a delightful old coot who goes by the name of Trapper Charlie). The loggers are (of course) scumbags and will do whatever necessary to get their hands on the supposed riches buried somewhere in the lake. They would be the only problem but there is not going to be treasure in the middle of anything unless it’s guarded by some sort of beastie. In this occurrence, said beastie is a half frog/half human lake god who goes by the name Rana.

Charlie tries to warn everybody (kind of) off but nobody (except for the young boy) believes his stories of curses and amphibious monster men, and most of ’em end up dead because of their ignorance. Of course, Charlie could have tried harder than refusing to talk to anybody but the ranger and his son and shooting his rifle at the loggers. So maybe all this blood is on Charlie’s hands…nah…he’s far too lovable. Kelly’s ranger father (who resembles Owen Hart) has his hands full with the loggers but eventually comes to believe Charlie’s tall tale when Rana says “fuck it!” and stops relying on sneak attacks. By the end of the night, Kelly’s dad is dead and Rana may be as well. Closure and treasure brings a now adult Kelly back to the island and it all culminates in a jaw droppingly abrupt ending. Seriously, it’s like they ran out of beer money and lost any enthusiasm in completing the film.

All the “intense” Rebane action is present and accounted for. Local hijinks filling screen time? REBANE PUNCH! A hilariously awful but awesome monster costume? REBANE KICK! A strong focus on subplots and mildly interesting characters when there’s a perfectly good monster that could be terrorizing said characters? REBANE SLAP! A cast made up of people you’ve seen in the background of old family photographs? REBANE CHOP! A film that is charming despite itself and gives the viewer a definite feel for the location? REBANALITY.

I’ve had a love affair with regional horror since I was a little kid and Milpitas Monster played one late night on the boob tube. Obvious budget constraints were no limit to imagination and elbow grease. These films were labors of love and never felt like those Hollywood cash-ins. I know Rana is not a good film but I’ll be damned if those warm and fuzzies don’t fill me up and leave me smiling after watching it. Can I grab you another Schlitz? 6/10