Wonderful hodgepodge of insanity from south of the border seems like it may have been the first three episodes of a failed television series edited together for feature length. I don’t really give a good gawd damn how it came into existence, I’m just happy it’s here.

Every great hero has a great origin story. The Rider is no different. In fact, he pretty much has Batman’s origin story. His parents were murdered by bandits and he swore on their graves to avenge them and fight evil in all forms. “But why does he cover his face in a black mask?” You may ask. Well, first off, shut up and secondly, it’s because he represents justice and justice has no face. Now you’re all caught up.

The Rider’s heroic journeys bring him to a small village being terrorized by a werewolf. Most of the townsfolk have flown the coop but a small family has stayed on to take care of the farm. Of course, without workers the farm is set to fail. The young boy, Perico, has seen the beast and is now a nervous wreck. His mood gets a shit ton better when the Rider drops in. Seeing the pep in Perico’s step convinces his mother to ask our masked hero to stay. He obliges and makes it his business to get to the bottom of the hairy business. It couldn’t possibly be the boy’s stepfather, who excuses himself to bed early every night, behind the lycanthropic shenanigans? By the end of the Rider’s stay he will adopt Perico (both his parents end up dead) and the cowardly farmhand Cleofas. The trio ride onto the next adventure.

Another small village is being terrorized by a bat-faced vampire and The Rider arrives just in time with Cleofas and Perico…nope…wait. Scratch that. Perico has vanished off the school apparently and now a white clad orphan(?) boy named Juanito is riding with old skull hero and Cleofas. A young woman is being terrorized by old bat face and the Rider comes to the rescue. Of course, the day is saved and it’s off to the next one!

The final adventure for the odd trio is the best one. This time a small village is being stalked by a headless horseman and his skeletal henchmen. A woman inherited the horseman’s severed head from her grandfather and she rightfully freaks the hell out when it begins talking to her, demanding that it be returned to its body. This brings her to the small town and luckily for her the Rider is there to save the day. Turns out the headless horseman was a bandit named The Jackal and he’s been cursed to wander the world without his head. After he’s reunited with the goofy cranium, instead of finally resting, he decides to cause more mischief. It all leads to a climatic and craptastic sword fight! Cue those closing credits and try to wipe the smile off your face.

Episodic and painfully cheap, The Rider of the Skulls is not for everyone. The dime store masks will either win you over or seal the film’s fate. Skipping along without much story behind it, it definitely feels like someone tried to salvage anything out of a money pit. There’s very little to any of the characters but man oh man are those poverty monsters a blast. We also get a cackling witch and a backstory delivering zombie. Heaven on friggin Earth…Mexico Style! Combine it with the specialist of “special” effects and you have one cheesy and cut-rate adventure. Head on over to https://toxicfilthvideo.bigcartel.com/product/the-rider-of-the-skulls-1965 and get you some! 7/10 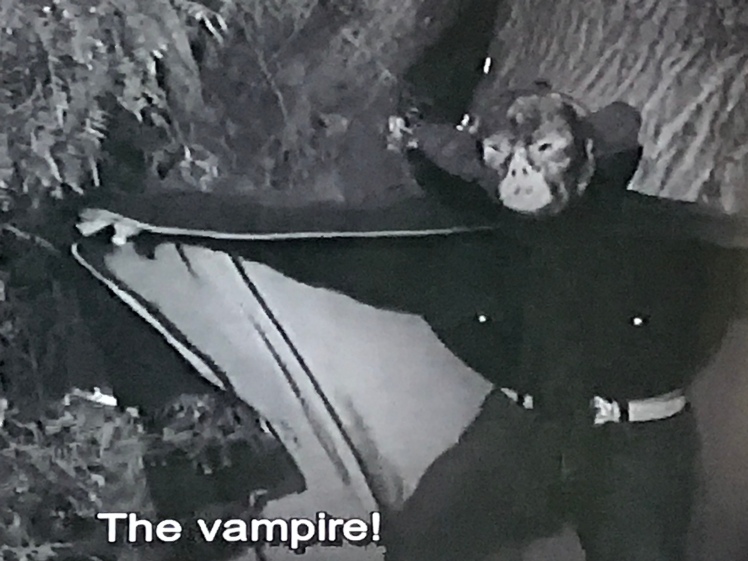 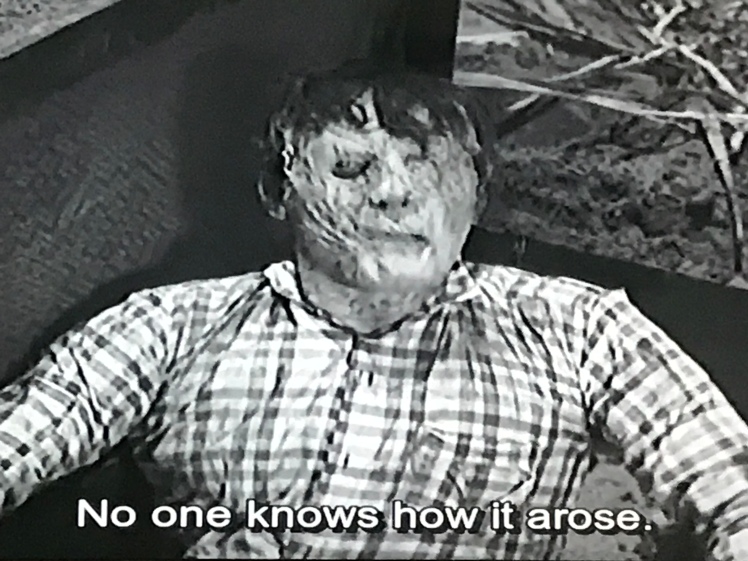