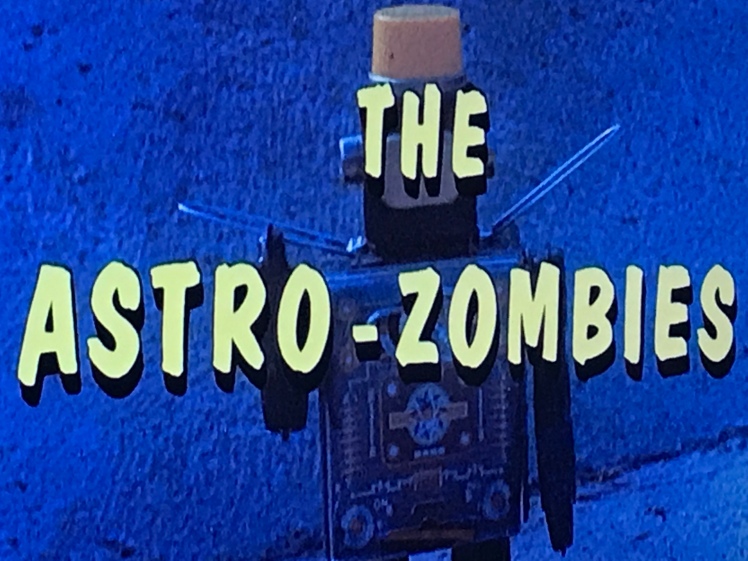 Trash auteur Ted V. Mikels had a crutch that really should have doomed his career in filmmaking. There’s a sense of urgency that should be prevalent in his storytelling (and anything calling itself a thriller) that just doesn’t exist. But as boring as this absence should have made his filmography, the leisure attitude presented in his fantastical plots manages to transform his movies into some of the most bizarre film viewing experiences I’ve ever had. It’s a crutch that somehow mutated into a bizarre gift that no man should have been able to harness. The only other filmmaker I could compare it to is the late Andy Milligan but whereas Milligan’s subversive cinema had a deep root in rage and stank of rot, Mikels managed to morph tedium into a charming warmth that I just can’t get enough of. Granted, these movies will be complete shit to many a viewer but to the few of us who don’t mind the odd haze of subdued insanity…well we’re just pigs in shit.

The CIA and an international spy ring (represented by a dangerous trio headed by none other than Tura Satana) are racing each other to locate the mad genius Dr. DeMarco (John “f’n” Carradine).

The doctor has managed to create a “quasi-man” made up of human and synthetic body parts. The factor that has the government agents salivating, is the mind control capabilities DeMarco has installed in his Frankensteinish creation. Through some bullshit science and microchip tomfoolery, he’s able to extract the memory of humans and transfer said human’s thoughts to his basic motor function having living corpse. The corpse is kept mobile by light power collected in a power cell located on the mask. While working for the government he was allowed to experiment with criminals but now that he’s gone rogue, he’s collecting the minds of the world’s greatest scientists (with the assistance of his…uhm…assistant.. Franchot who resembles a scuzzy Colombo) to place in his memory bank. Regrettably for a few poor victims, his first (ahem) astro-zombie (so called, at least I believe, because the initial plane was to send them into outer space instead of valuable astronauts) has malfunctioned, escaping and causing some bloody havoc out in the wilds of Las Vegas.

The murders have clued in the the powers that be that DeMarco may have succeeded and now everyone wants a piece of the dead semi-human. Double crosses, cleavage, an interpretive dance number performed by a woman in body paint and the skull masked monster with a machete appear in between scenes of endless dialogue explaining EVERYTHING.

Porno Colombo mugs nonstop for the camera and Tura Satana looks fantastic firing a pistol whilst rocking a lounge dress. If you have an issue with endless stalling and a shit ton of dialogue you may wish to look elsewhere… and I completely understand. Maybe I’ve been in an exceptionally good mood every time I’ve watched it. It’s possible. It could be the Carradine’s step by step tutorial of his experiments killed me more than a decade ago in a boredom induced expiration and my ghost has simply carried on where the husk that once contained my trash lovin’ soul left off. It’s probable. Or maybe all it takes for me to fall and stay in love with something is a genuine feeling of being off, nothing forced…just something that spills out of an artist unmolested and untethered to anyone else’s wants. Nah. I’m dead. My ghost just fucking loves this movie. 9/10 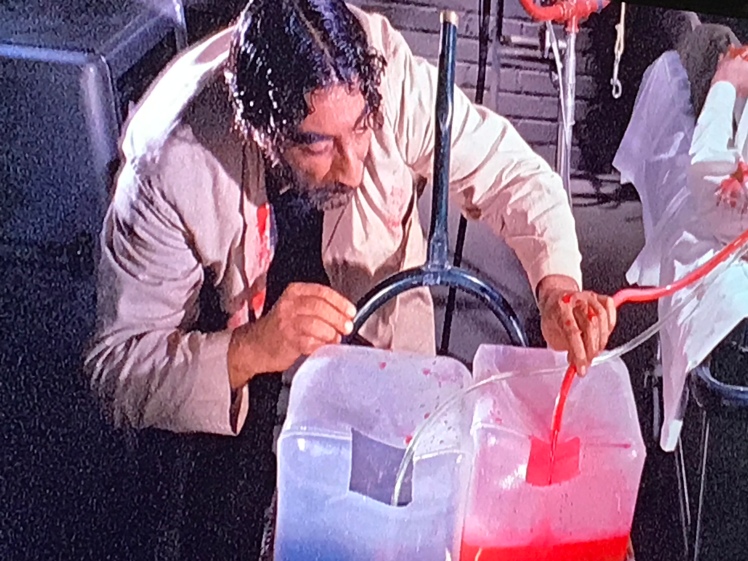 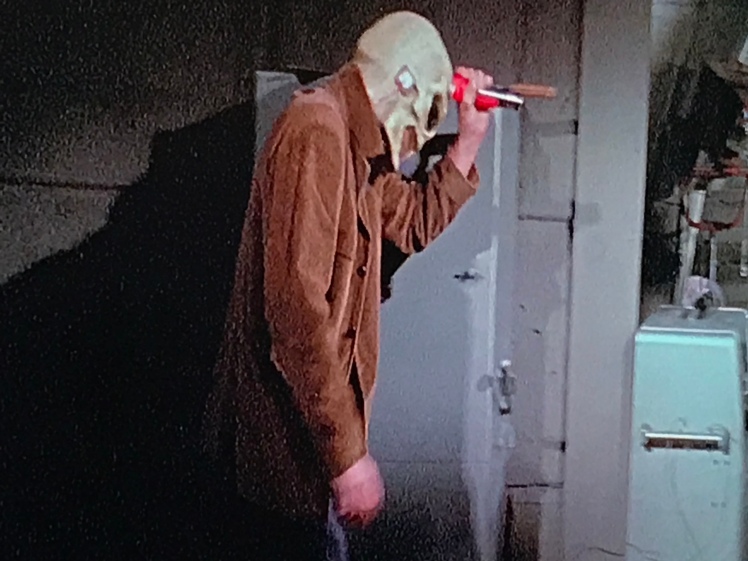 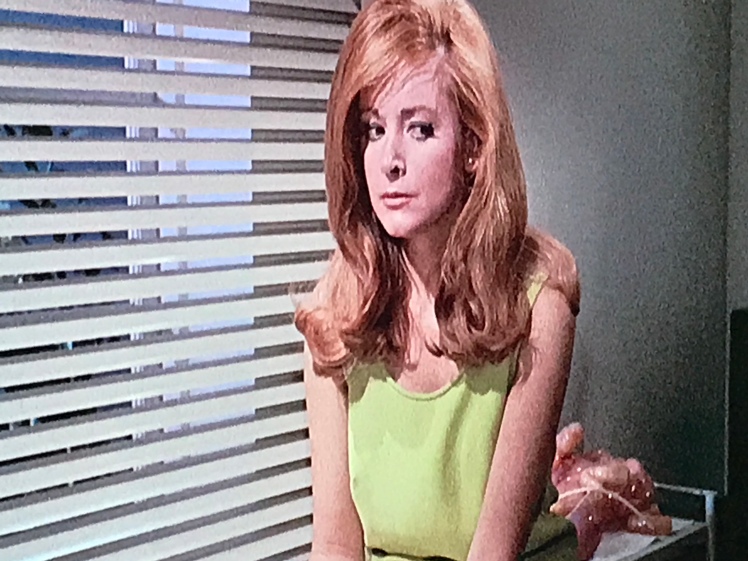 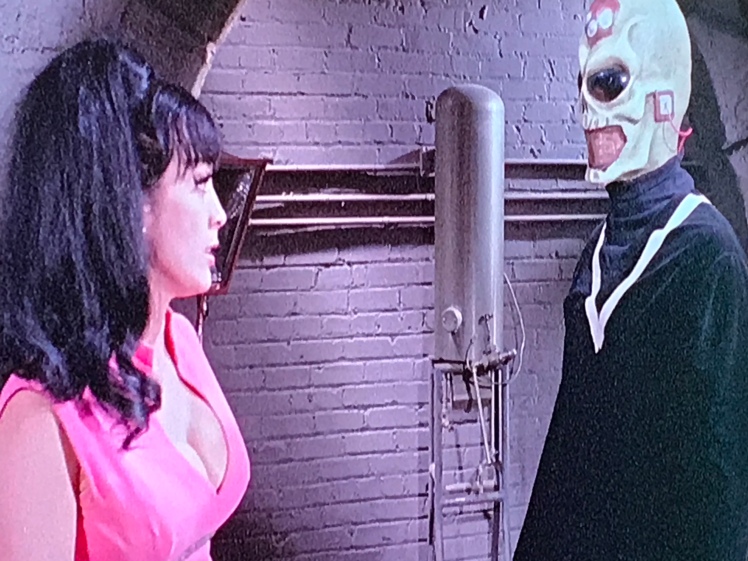 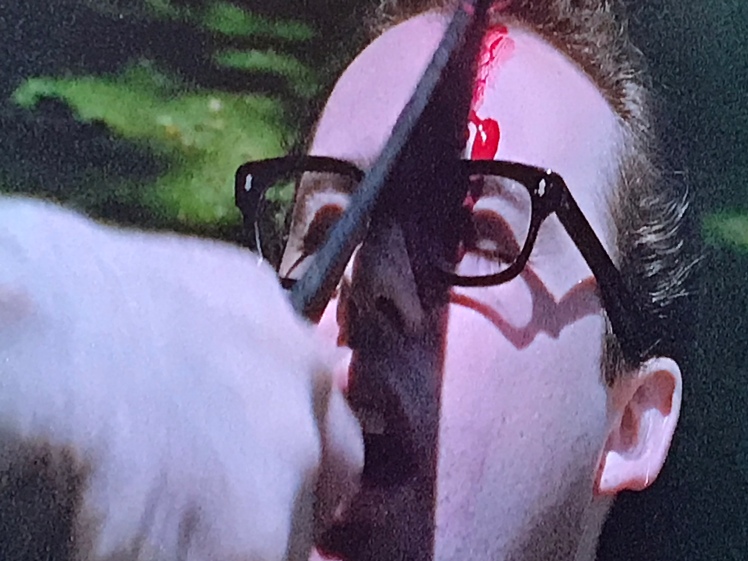 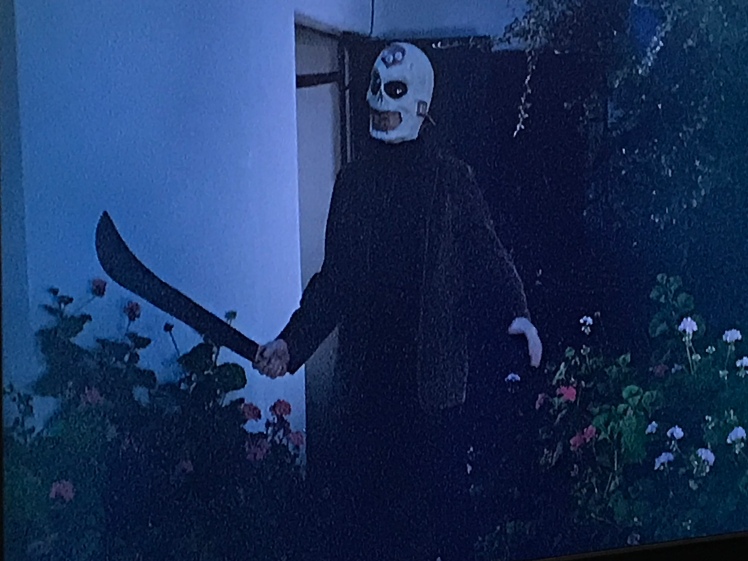 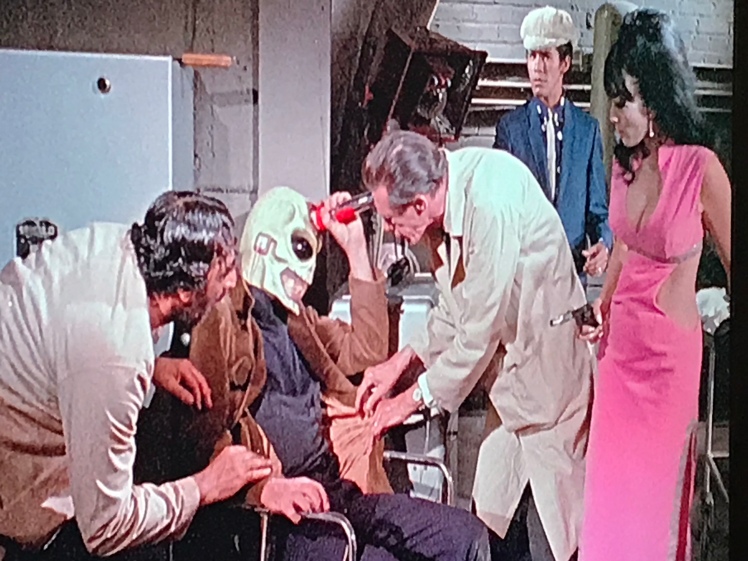 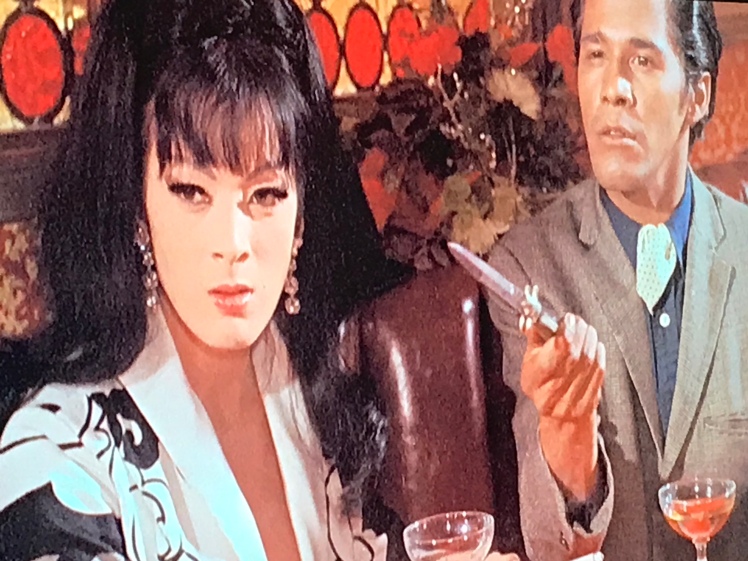 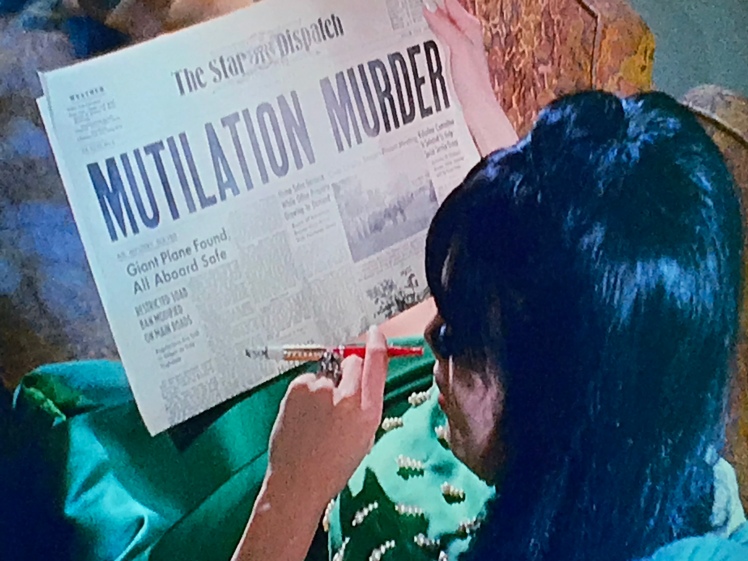 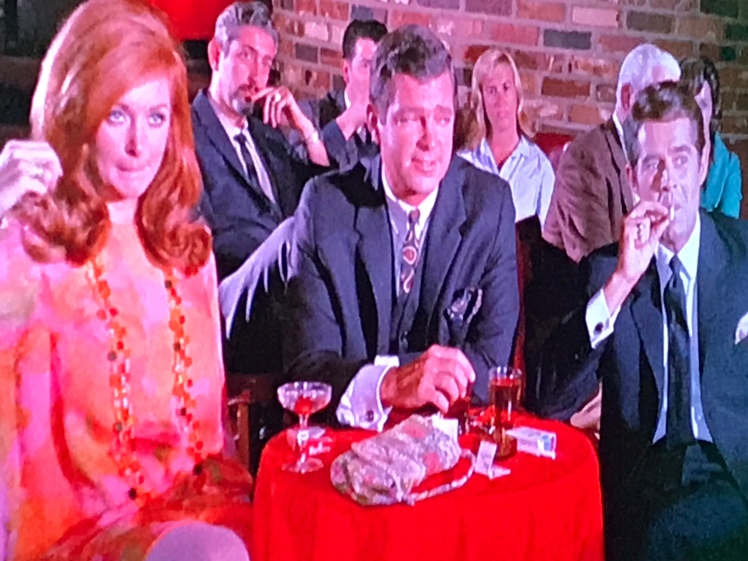 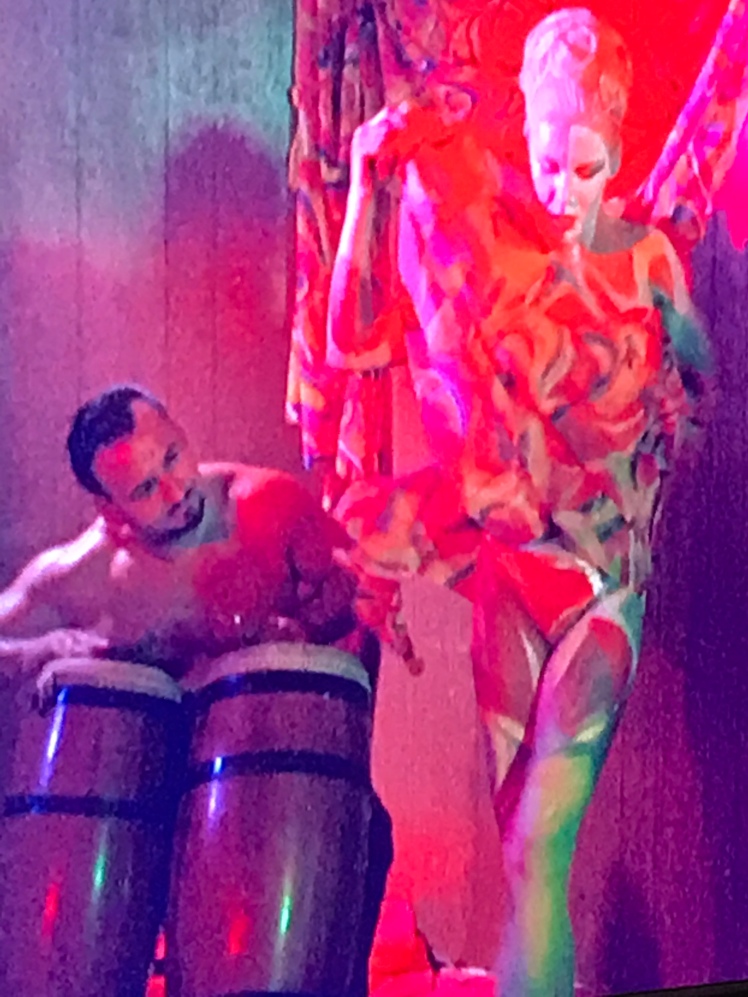 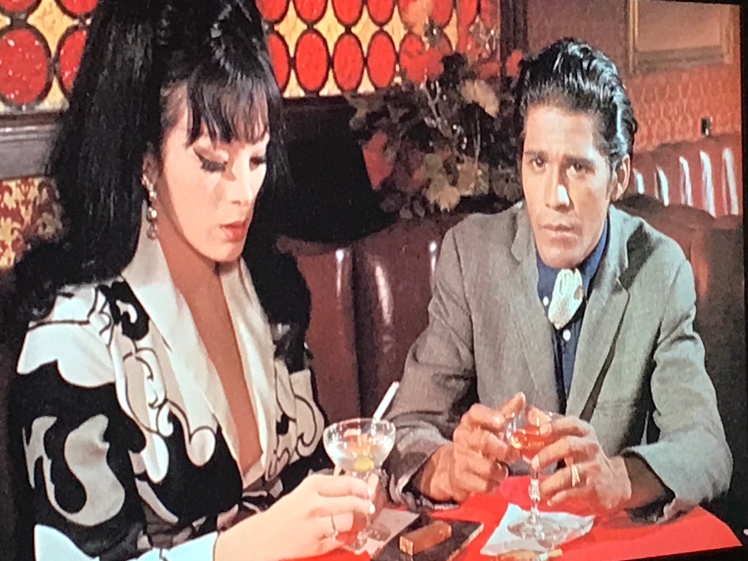 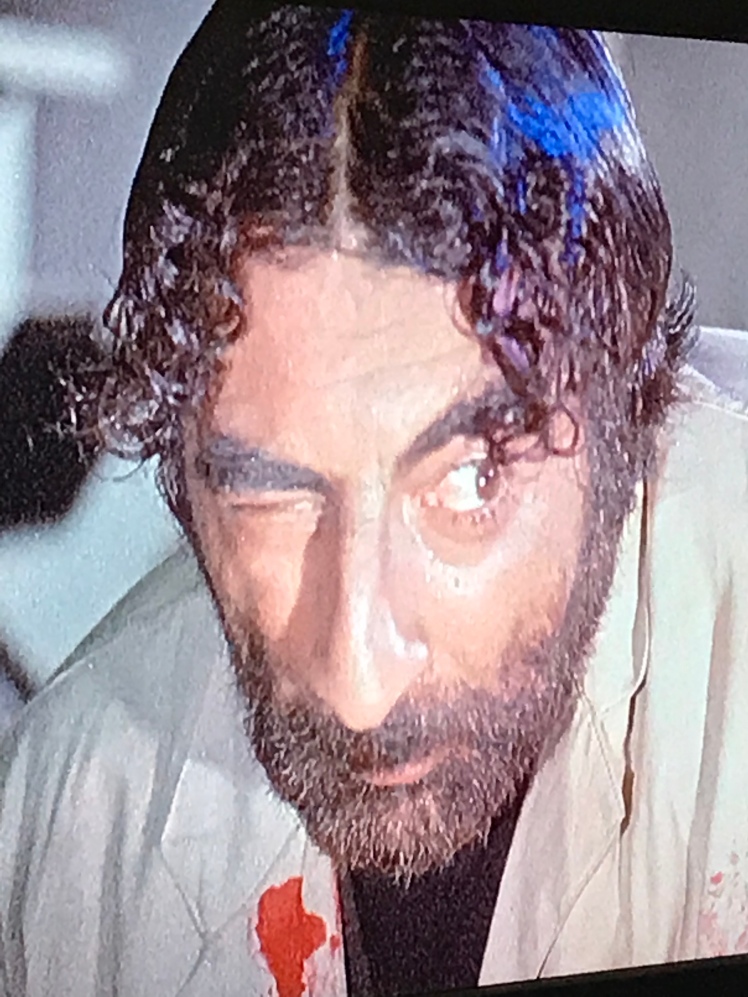