A few weeks ago I hailed the sinful merits of SATAN’S CHILDREN. Today I discuss the other film on that wonderful release from AGFA, SATANIS: THE DEVIL’S MASS.

SATANIS gives an appetizer of a gaze into the burgeoning world of 1960’s Satanism in San Francisco. No narration exists in this documentary, rather the story is told with abundant talking head interviews intercut with colorful footage of the theatrical rituals of LaVey’s Church of Satan. It’s fascinating to hear his neighbors talk about all of the spread and scandal, and then be immediately teleported into the goofy pageantry of these rituals. It may have been shocking at the time, but now it comes off more like a comedic juxtaposition. There’s definitely more than a stone’s throw between these basement hangouts and Ricky Kasso.
But that’s just it. Anton LaVey is a true ghoul, but he doesn’t celebrate evil (at least not on camera). He pontificates about psychology, carnal behaviors, and most of all, personal indulgence. He waxes prophetic about the hypocritical behaviors of orthodox religion as he is being filmed in his own home. He’s almost giddy as he talks about the religion he started, like the dungeon master inviting life’s outcasts into a fantastical campaign. Don’t get me wrong, the get-togethers really do seem like a good time! LaVey is an immense showman, and watching him read his own scripture to the congregation while dressed like Junior from PROBLEM CHILD put a gigantic smile on my face. 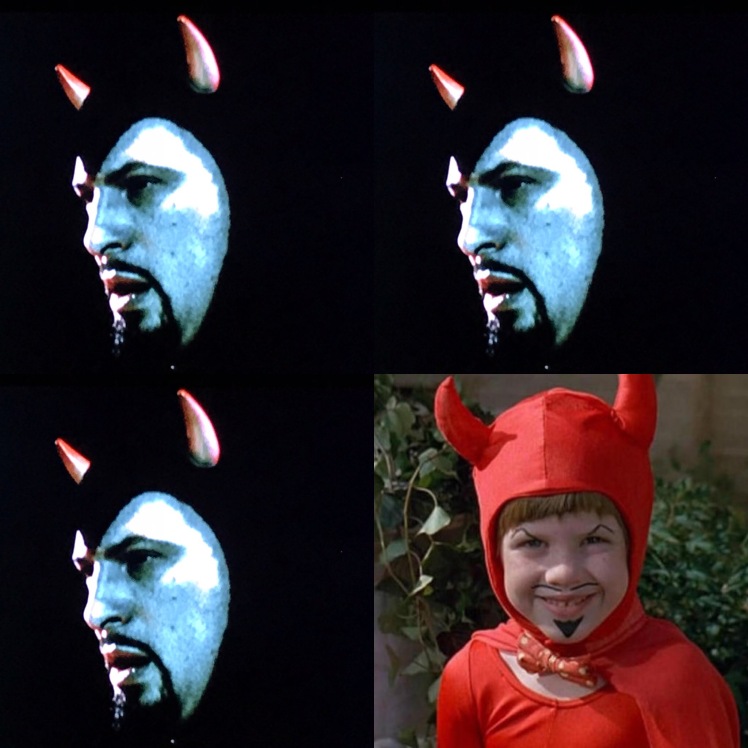 A skeleton plays the organ. Nude, big-breasted women lay across the altar. His disciples put forth their prayers for better penises, and Anton in full devil regalia tells them through a pointed sword that they shall have what they desire. Shem-ham-forash!
On the flip side of all the pageantry are the talking head interviews with the neighbors of Anton LaVey. Among them were mormons, elderly people, and gossips. I was impressed that they interviewed his detractors, as in the case of an elderly man, a minister, and some mormons, as well as others who simply found him fascinating such as the smiley-faced gossip who relayed stories while sitting with her young daughter in matching pink pajamas.

The documentary also spends a surprising amount of time on Togare, LaVey’s roughhousing pet Lion that roared through the night, scaring his neighbors that were trying to sleep, which is fun.
SATANIS: THE DEVIL’S MASS is a fascinating time capsule presented in an entertaining way, and the newly released blu-ray with its extra film and bonus shorts is a great addition to any collection of movie oddities. I had a blst with this one, and you will too.
8/10
Pick up your copy here!
-Elliot “Rat” Ross