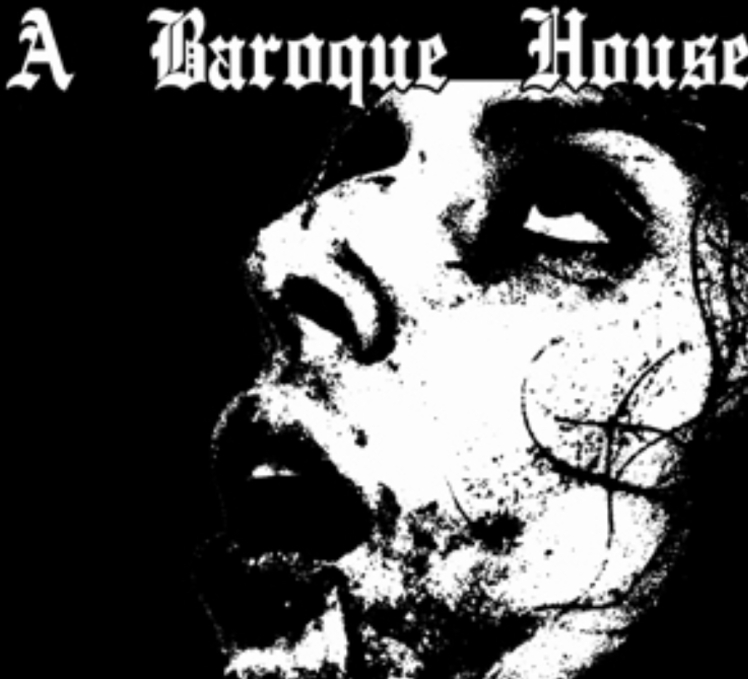 The Blood Corrodes Inside Trilogy is a series of extreme horror fetish films released by A Baroque House and all three directed by Akiko Janos.

Spit follows a woman’s decent into depravity after receiving a book of erotica, what follows is a film full of fetishistic madness. Spit runs at around 30 minutes and is very fast-paced and overall a pretty fun watch, if you like vomit that is. When puke comes into the equation the first thing people think of is the Vomit Gore trilogy directed by Lucifer Valentine. Spit is nowhere near that level of extremity, but that doesn’t mean it’s bad.  I really loved the soundtrack, I found myself bobbing my head multiple times to the different beats and the unique blend of industrial like sounds with extreme metal. Not much gore to be found, but a fair amount of blood, plus enough puke to satisfy my cravings. Finally if you noticed the cover of the erotic book in the film is actually a still from Tumbling Doll of Flesh which is an extreme Japanese film Directed by Tamakichi Anaru, the horror nerd inside me loves making connections like that, I like to think both films take place in the same universe. All in all, Spit is nothing I hadn’t seen before but it was an enjoyable watch if you are into these types of horror fetishes. 6/10 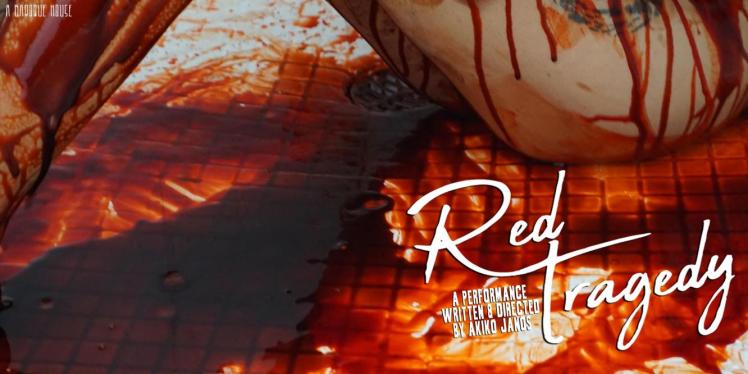 The influence I found in Red Tragedy comes from another Tamakichi Anaru film called Women’s Flesh: My Red Guts, which is a movie I really enjoy, and Red Tragedy isn’t much different. The story follows a woman who is left by a possible lover and ignored by friends and family, with nowhere else to turn she heads down a path of pleasure and pain. On the Surface Red Tragedy is an enjoyable blood, masturbation fetish film, but what it really is, is the story of a broken woman living in emotional pain that can only be satisfied by self-mutilation. I find a sadness embedded here that really hits home for me, and a loneliness that many people know all too well. If I go too far I will be entering spoiler territory, so I’ll stop there for now. For a hard to watch film Red Tragedy really excels in lots of ways. Its gory and drenched with blood, the self-harm may turn some people off, but that’s really the name of the game here. Red Tragedy pays perfect homage to its influences, and again the soundtrack is killer and really helps with the transitions from scene to scene, and lastly the imagery while the end credits are rolling really stood out to me as downright amazing. Bottom line I really enjoyed Red Tragedy. 8/10

The set up of this film follows a woman auditioning for a porn shoot that quickly gets out of hand as the acts get more and more extreme and degrading finally leading to a catastrophic finale. If that sounds similar its because that’s almost the same set up as Tumbling Doll of Flesh the Tamakichi Anaru film mentioned earlier. Of all, Sea of Blood is easily the goriest and most extreme of the Blood Corrodes Inside trilogy, I don’t find the same level of artistic merit in Sea of Blood as I did with Red Tragedy but it’s still a very enjoyable watch. The only real short coming I noticed was in a few of the special effects which is most likely the result of budgetary restraints. But as with the other films the soundtrack is amazing and it’s a fast-paced film made by and for extreme horror fans. So at the end of the day this was a solid watch and a satisfactory ending to the Blood Corrodes Inside trilogy. 7/10

It’s clear to see where A Baroque House draws their inspiration and I think it’s a relief to see extreme horror films that know and understand where its origins come from. I’m extremely excited to check out more from this up and coming company.

One thought on “Sick Cinema: The Blood Corrodes Inside Trilogy”