Belzebuth (2017) (Mexico) ***1/2 Shudder: Damn fine Satanic panic horror flick from Mexico lets ya know it’s not fucking around from its opening scene and proceeds to get goofier as it goes on (No. This is not a complaint). Child massacres, an excommunicated priest, an American Paranormal Forensics agent (ok) and a grieving police Lieutenant all weave into a story about the reincarnation of Christ and the evil that wants him stopped. Broken police Lieutenant Emmanuel Ritter has rightfully been miserable since the murder of his newborn son at the hands of a psychopathic nurse who went stab happy with a scalpel in the nursery and the suicide of his wife which followed shortly after, is assigned to a horrific school shooting where some thirty 4-5 year olds were gunned down by an older student. Vatican sanctioned paranormal investigators are also sent in and they find some troubling parallels to this tragedy and the nursery murders from five years prior. A tattooed, excommunicated priest has also been spotted at each site and is of major interest to the cops and the Vatican ghost hunters. More horrible bloodbaths happen and soon the detective and the paranormal investigator are teaming up to find a young child who has avoided death at each place by pure luck. The kid is also being tracked by the lapsed priest whose intentions may not be as sinister as initially thought. What starts as an ice cold nightmare of child endanger eventually slips into a still somewhat serious demonic horror flick. A crucifixion exorcism and a mocking animated ceramic Jesus definitely feel more exploitation than disturbing but it all gels well enough to make for an interesting good vs evil flick. The cast is fantastic and the cavernous climax is beautifully realized.

Tigers Are Not Afraid (2017) (Mexico) ***** Shudder: Children orphaned by the escalating cartel problems in a Mexican town attempt to survive on the streets and maintain some sort of family dynamic forged in shared loss. Into their group comes Estrella, a young girl who’s mom has recently vanished. Small hints of fairytale make their way into the bleak reality as the child’s perspective of the completely fucked up world can’t help but take the dominant view. Three wishes granted to Estrella during a school lesson interrupted by gun violence, serve as a focal point to most of the supernatural shenanigans that play out during the very real dangers of the kids predicament. Her first wish of wanting her mom to return leads to a spectral presence (and might I say a wonderfully terrifying one at that) following her, demanding some kind of justice. Shine, the leader of the gang of boys has caused further problems by stealing a phone from one of the narcos which contains video evidence of the gang leader (El Chino) and political hopeful, committing murder. There’s more tragedy on the way as El Chino does all he can to get his hands on that damn phone. Shine struggles with his own leadership role, still hanging on to an innocence which should have long been ripped away and not being able to bring himself to sink to the level of his tormentors. It all combines together to make for one riveting, heartbreaking and somehow optimistic look at a dire situation. The horror (as in genre) aspects are used sparingly and effectively throughout. A masterpiece. 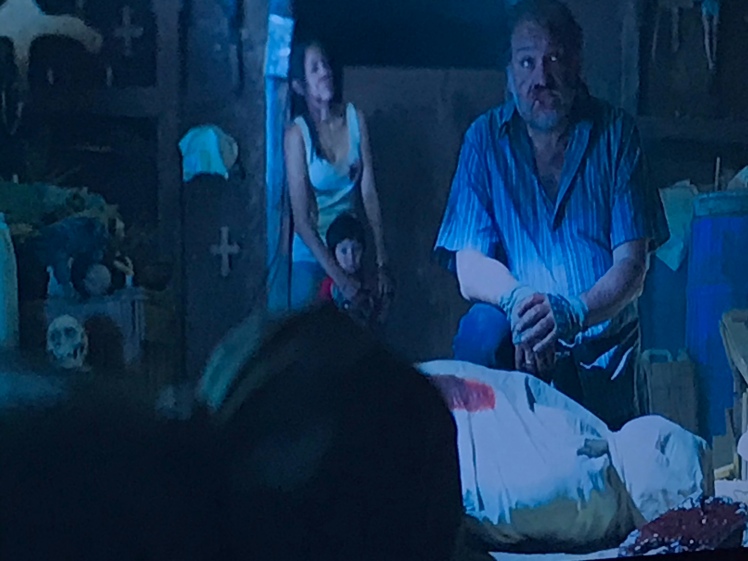 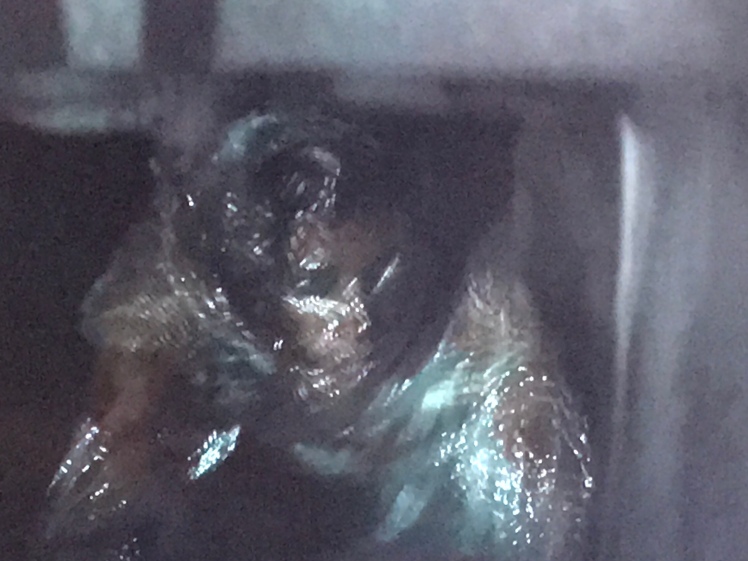