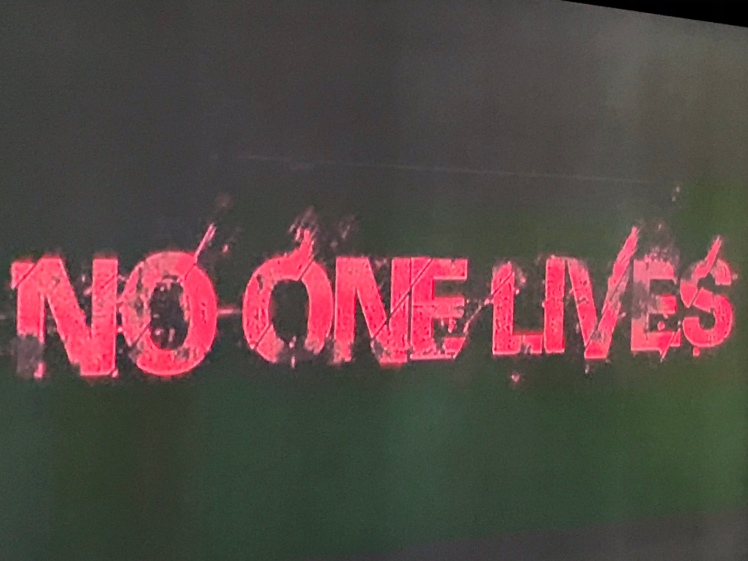 I’ll never understand why this movie didn’t get the love it so deserved. I can’t tell you how many times I’ve heard people bitching about there being no good grindhouse style cinema anymore. Exploitation sorely lacking in what was being spat out, No One Lives was a refreshing breath of scuzzy air. Could it be the fact that is was a WWE production leading to horror fans rolling their eyes? Maybe it was the May release date in the year of our lord 2012? Or maybe it was the fact that that year unleashed some excellence (Resolution, The Bay, V/H/S, Lords of Salem to name a few) and it just got lost in the shuffle. As it stands this flick is due for a rediscovery. It’s filled with unsavory folks better found in a 70s revenge flick and is taken serious enough to not insult its audience.

A sexy young couple (Luke Evans and Laura Ramsey) is driving through some nothing area of the south looking to relocate. They seem to be in love but something is a bit off with them. A news report fills us in on a missing heiress who we have witnessed fleeing some unknown assailant in the pre-credits sequence. We’re also introduced to a gang of thieves lead by the always welcome Lee Tergesen. They’re busted midway through robbing the huge estate of some wealthy family when the family unexpectedly returns from vacation. Psychotic member Flynn murders the lot of ’em and gets into trouble with the boss for doing so. Now that we’ve been properly introduced to all our important characters, things can get messy.

Evans and his gal have stopped to rest at a roadside motel and, following the advice of the motel owner, are enjoying dinner at a local dive. This dive happens to be the hangout for Tergesen and his gang and also the location where his daughter works as a waitress. Flynn, being the unrelenting shit that he is, decides to mess with the out of towners but is stopped before things can escalate by his boss. Not being one to let anything go (like I said, he’s a shit) he ambushes Evans on the road, stealing his car (and trailer) and leaving Evans and his gal tied up at a gas station where the giant gang member (former WWE superstar Brodus Clay) can scare them into silence. Yeah. That’s how it’ll play out.

Things escalate quickly as former WWE superstar Brodus Clay holds a knife to the throat of the pretty young woman as Evans watches, seemingly helpless. Unexpectedly, the young girl says something along the lines of “I can’t do this anymore” and forces her throat across the knife. Obviously former WWE superstar Brodus Clay is shocked but that shock turns to terror when he looks up to see Evans standing before him, uncuffed and pissed off.

At the same time this is happening, Flynn is going through the car he just jacked. While searching through the trunk he finds a hidden compartment and inside is the missing heiress Emma. She tries to flee the scene but is stopped by the gang and when they finally get her to speak she asks if they killed the man who had her. When they answer in the negative, she warns them that they’re all fucked. Two go to grab former WWE superstar Brodus Clay when he doesn’t answer the gas station radio and of course they find the giant man laying dead in a pool of his own blood. They also find the girl with her head nearly severed and decide its time to scoot the fuck out with the colossal body of their leaders brother in tow. That proves to be a fatal mistake because it would seem that the corpse of former WWE superstar Brodus Clay made the perfect hiding spot for the ultimate killing machine, Luke Evans.

In short order, Luke Evans manages to blow up the gangs getaway car, injure their youngest member (and boyfriend to Tergesen’s daughter) and kidnap their leader. Some minor torture (as in it doesn’t drag itself out) involving a man hanging headfirst over a mulching machine, gets Evans the info he needs and he proceeds to outwit the criminals and decrease their ranks as the night progresses. A lucky escape proves to be anything but as the survivors are tracked to the very motel Evans and his gal were staying in. Of course there’s a backyard junkyard where the violent climax can take place.

Flashbacks reveal some of the shit Emma had gone through and Evans possible love for the girl. Flynn attempts to prove his male dominance in the situation but Evans proves to be the alpha predator. With its sleazy characters, mean streak and high violence level, No One Lives really feels like a true blue lost relic from the seedy days of 47th street. The best part being that everyone is taking the material seriously. Evans plays calculating coldness to perfection and Adelaide Clemens brings some perfect sarcasm to her role as Emma. Lee Tergesen is perfect as usual and even former WWE superstar Brodus Clay is comfortable in his (small) role as group enforcer. Most importantly, Derek Magyar’s Flynn is the most detestable character in the movie and has you rooting for homicidal Evans all the way through.

Everything works in this 2012 exploitation flick. Characters, violence and enough humor to allow the mean streak room to breath. You really owe it to yourself to track this one down. 8/10 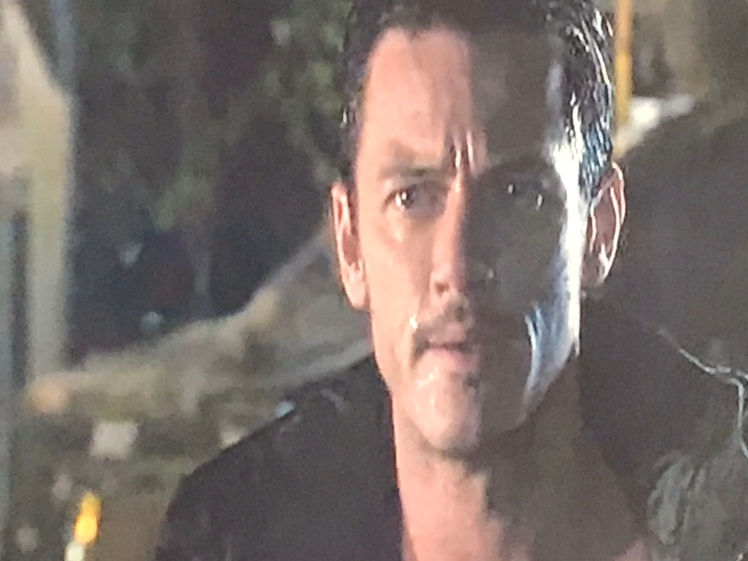 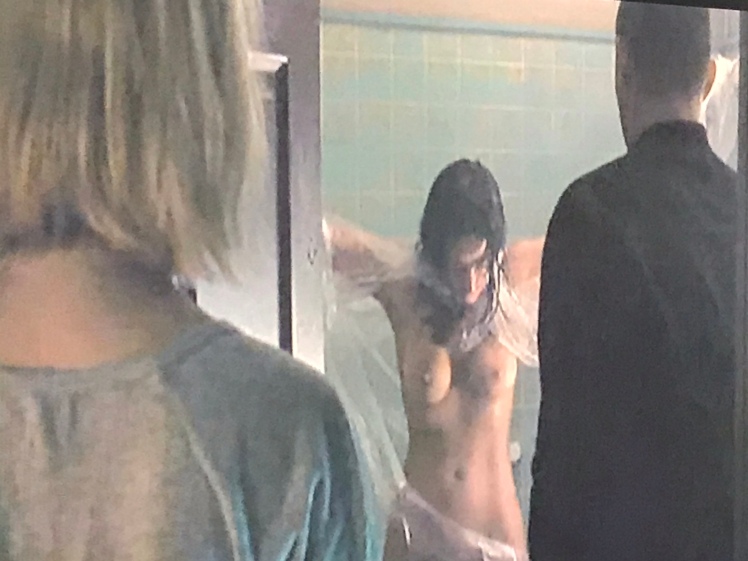 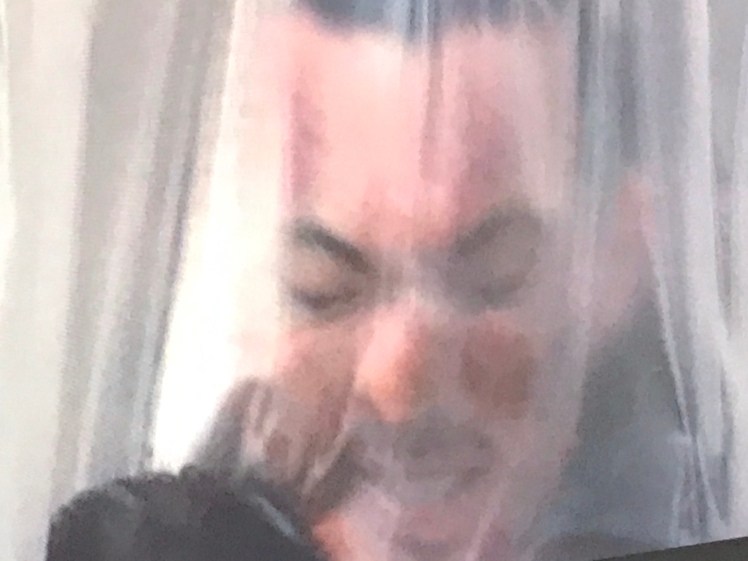 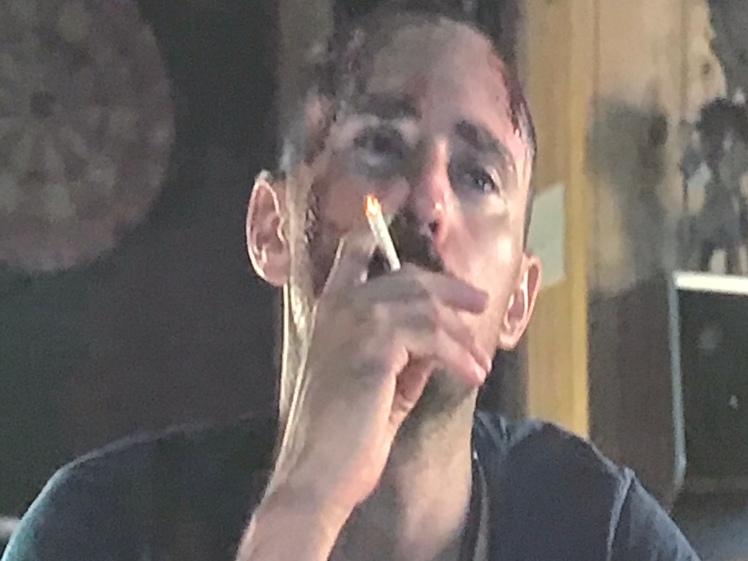 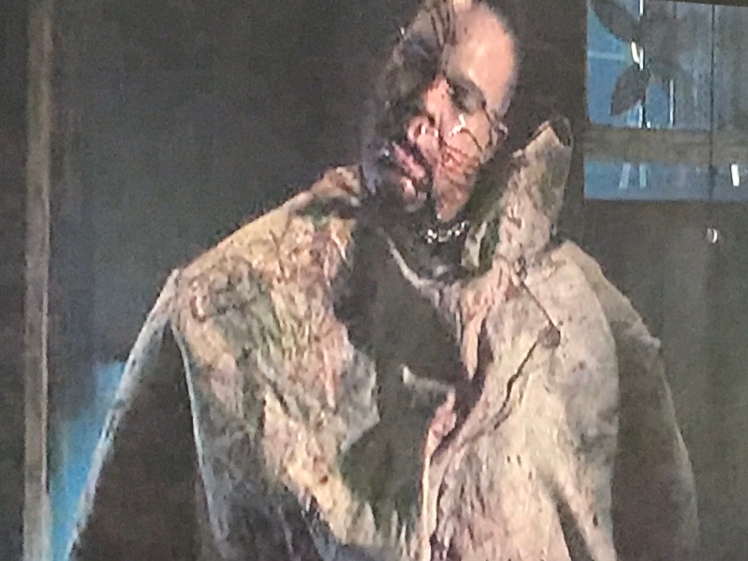 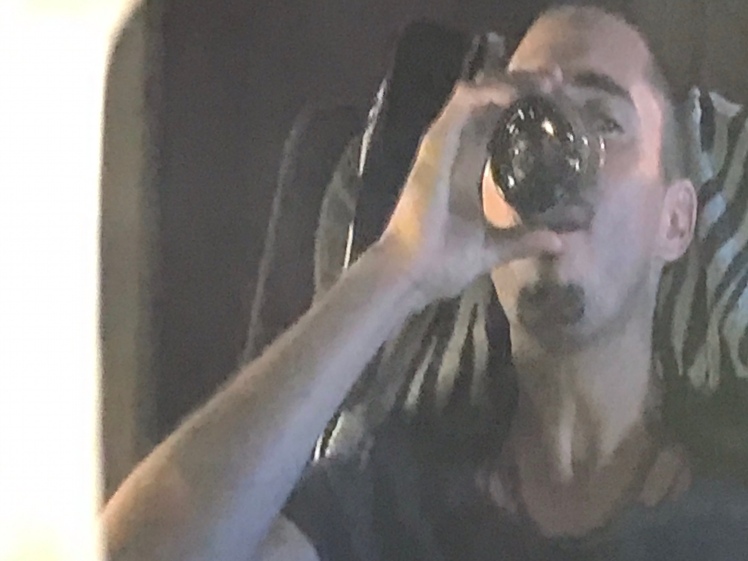 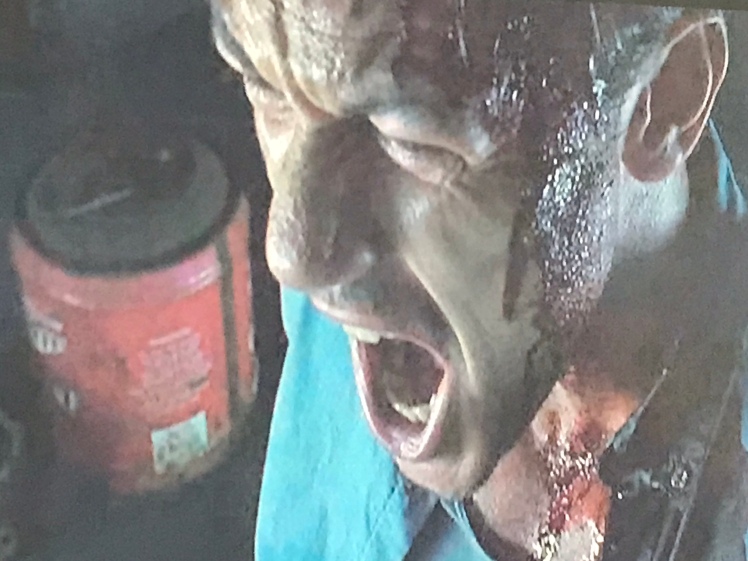 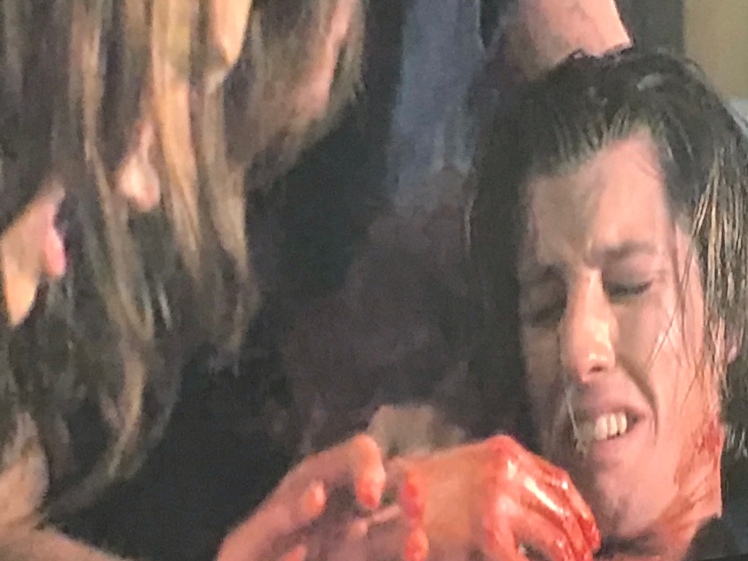 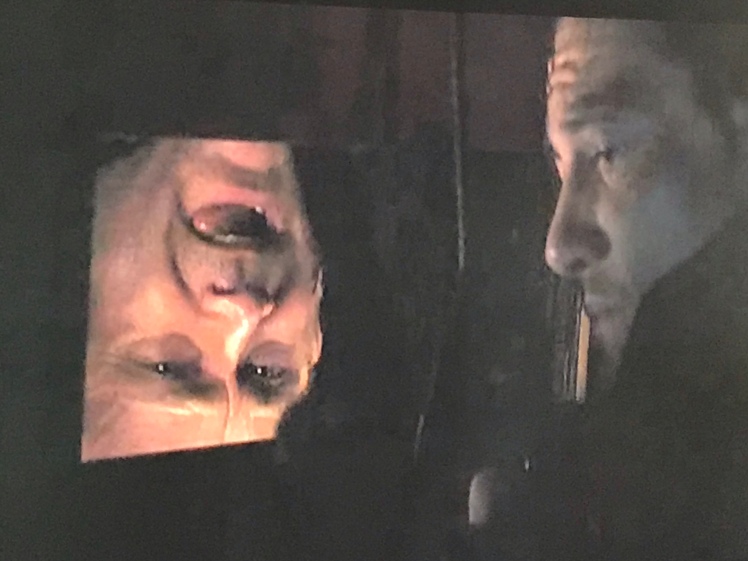 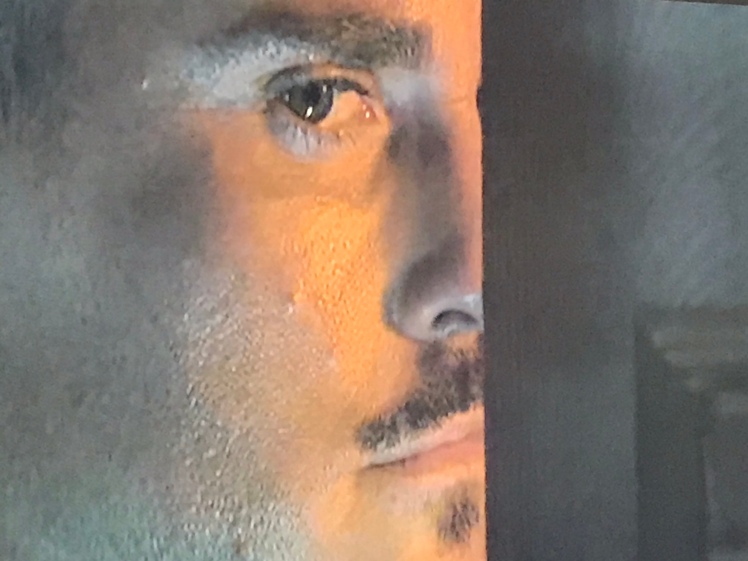 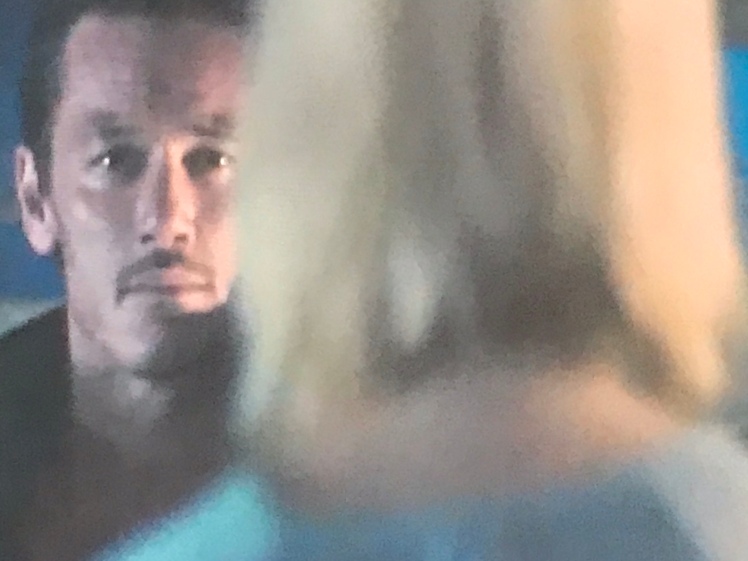