If you were ever curious as to what would happen if the mysterious sticky awfulness which plagues many a movie theater floor became sentient and transformed into an 84 minute film, well, Bubba, the answer is here. In a world populated with unlikable humans and covered in a few feet of grime stands The Crest Theatre. A run of bad luck has had the place closed down for years but it ain’t empty. The lone inhabitant is a rat eating burn victim with a Jean Harlow fixation and some new tenants are about to disturb his sad existence.

Mitford Webster is a miserable shoe salesman with dreams of running a theater. Much to his delight (and his wife’s consternation) the low offer he put in for the abandoned junk hole that is The Crest has been accepted. He moves the wife and two kids out and gets ready for the big time life of a movie THEE-ATE-HER owner. Promising G-rated fun for the neighborhood, he opens up after some brief renovations.

He hires the derpiest projectionist he can find and gets his rotten kids and wife to work for him. Opening night is a complete success…well, no…it’s a fucking disaster. King Derp electrocutes himself after the Meateater sets a trap and when the filmstock burns, a view of a secret room behind the screen is offered up to the rowdy audience. Rowdiness turns to terror when a hanging corpse is discovered to be the occupant of the hidden room.

Lt. Wombat (a vulgar, beef jerky obsessed scumbag) shows up and gets down to investigating. There’s also a creepy neighbor with a speech impediment hanging around who seems to be attempting to share a secret with Mitford’s rightfully upset wife. That secret has to do with a twin brother who we already know is hanging around the place, attempting to sabotage the extremely unlikable Mitford’s dreams.

I can’t say for sure why The Meateater exists. Not in the way where you ask yourself “how the hell did this get made?!” but more so as a question of what is it trying to do. My hunch lies that the film’s sole reason for being is to sell hotdogs. “Hotdogs?” You may ask. The film is obsessed with the damn things. It gives love to other meat products as well but it obsesses over hotdogs like the crispy villain obsesses over the long dead platinum blonde Harlow. They talk of wieners, they sing about wieners and they celebrate wieners. It’s not all wieners, mind you, the majority of the movie is concerned with the plight of the repellent family but there’s enough wiener concern to get the eyebrows raised. And if that were the case; how fucking great is that?

Hotdogs aside (go on, put it down), the whole cast looks to be the human form of those processed beef snacks…but worse at acting. It seems to be going for laughs which just works to make the whole thing way more unsavory than it would have been if it had stuck with its horrific plot thread. Things are further helped by the rough flood of scuzz that drowns everything in stank. You don’t just watch The Meateater, you feel it.

The climax hits when the bitchy daughter is kidnapped by the charred killer because she kind of resembles the target of his affection. A kid (who resembles a beta test Napoleon Dynamite) is murdered, Wombat shaves, locals place their food orders and the audience is treated to uncomfortable closeups of people who probably shouldn’t have a camera pointed at them. I hope ya have some hand sanitizer, you’re eyes will need it.

If you were to wrap an oddball burrito in soiled blankets you’d be somewhere in the ballpark of The Meateater. It’s off. It’s very off. But so are hotdogs…and sometimes those mystery meat concoctions really hit the spot. 7/10 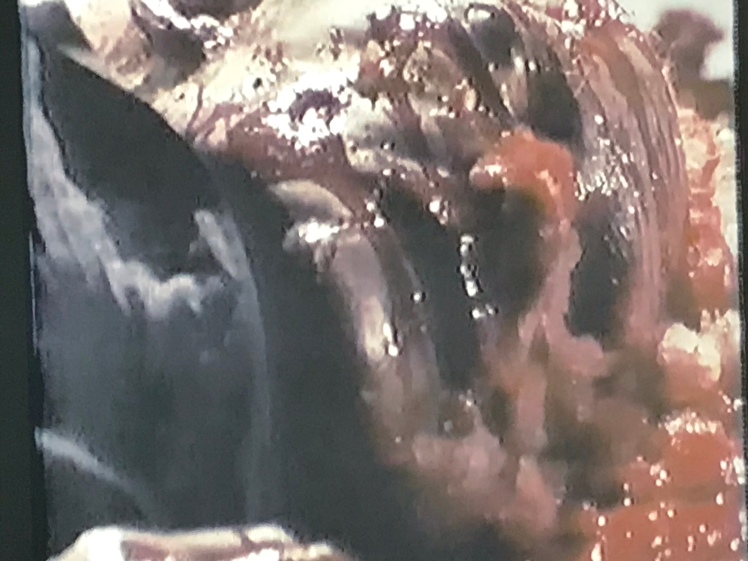 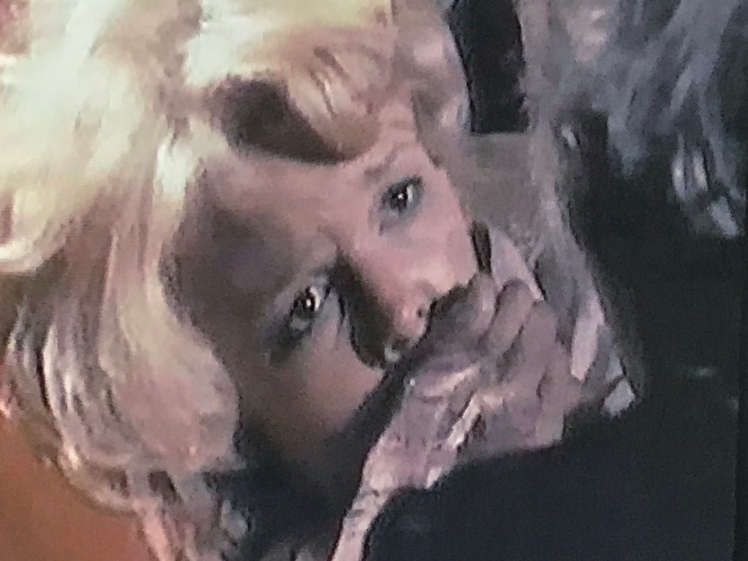 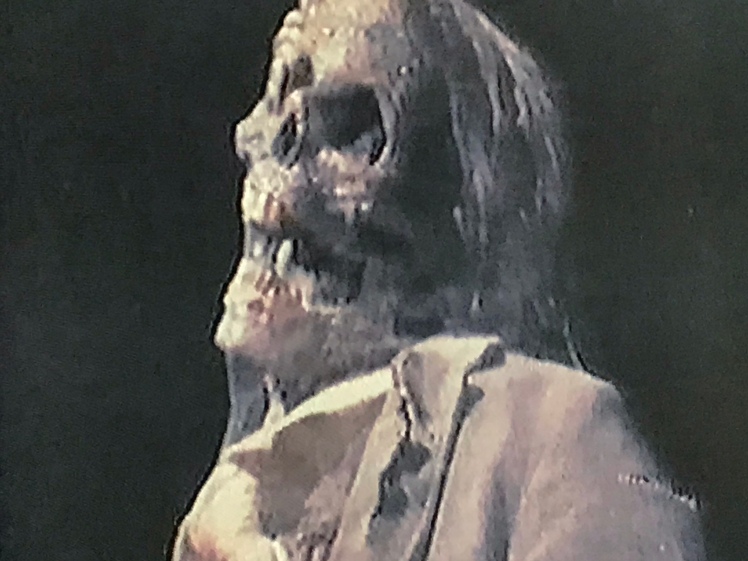 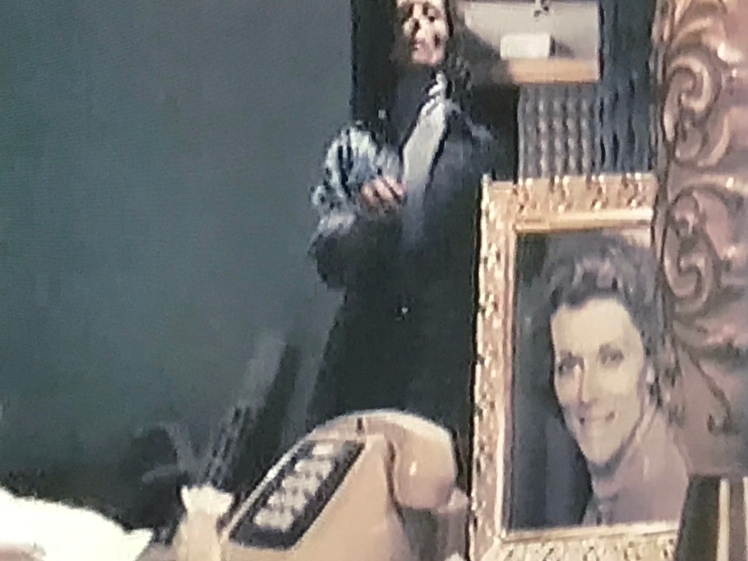 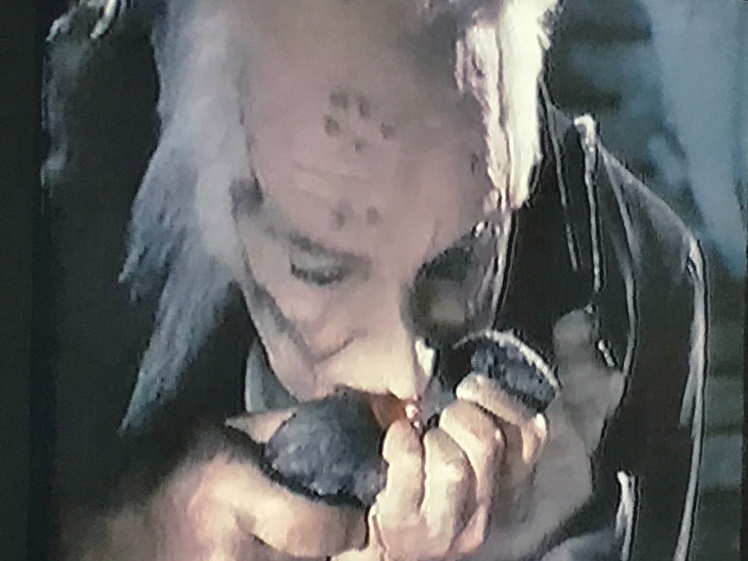