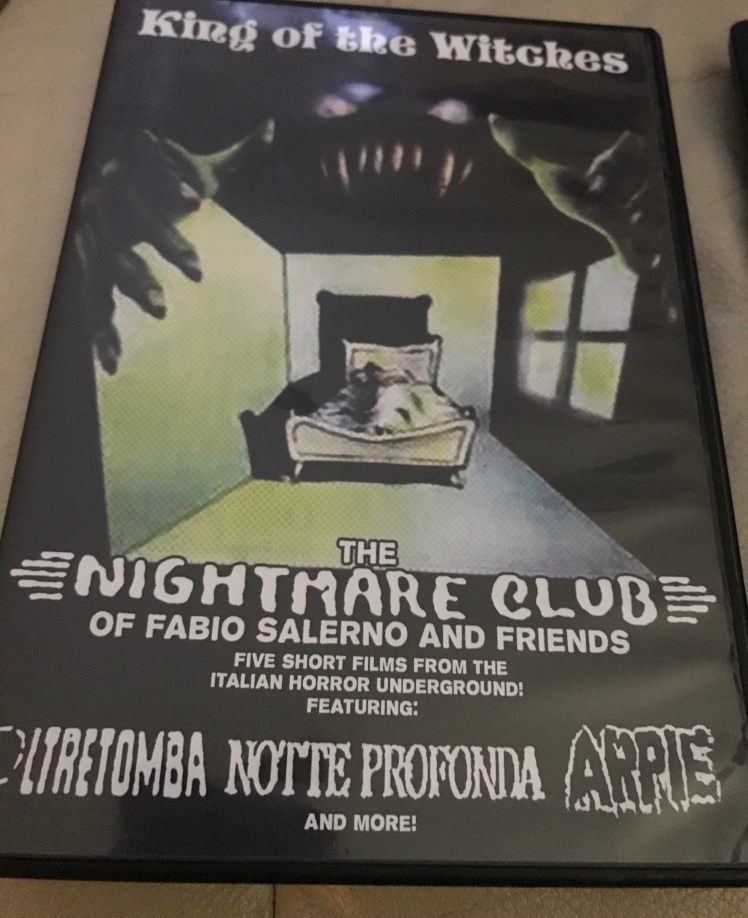 At the age of 29, in the year 1993, director Fabio Salerno committed suicide. Leaving behind a handful of little distributed horror films that sit comfortably in the ever popular bizarre landscape of backyard horror. Sadly for Mr. Salerno he snuffed out his own candle a few decades before the boom in SOV and amateur horror became something championed by genre fans burnt out on the humdrum mainstream horrors flooding the market. Salerno should have become as common place as the names Polonia, Sheets and Ittenbach but instead we’re left with some short and wonderful nightmares and one full length feature which played the Fantafestival in 1991 and earned the director a special award. King of the Witches has released a collection of two short films and his only full length title. I am forever grateful for this.

You could and should buy it here http://kingofthewitches.com/collections/192677-all-products/products/23543559-nightmare-club-collection-dvd

It features two other shorts. Nightmare Club is a brief striptease that ends horrifically and the other is a film called Sexplosion which involves some HG Lewis style gore, hardcore sex and a mutated penis. The two short films from Fabio Salerno are subtitled and the closing full length feature is in Italian with no subs but it’s easy enough to follow. 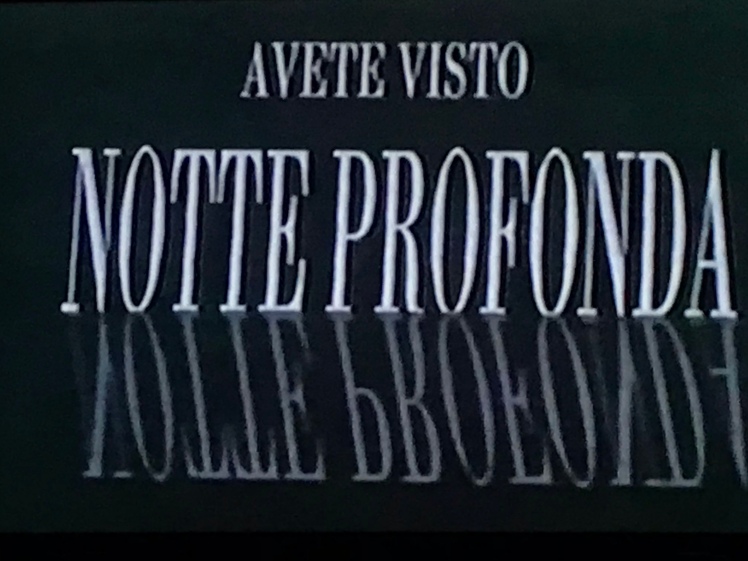 A horror comic creator finds a strange artifact while cleaning up a closed down bar where a murder happened. He brings the tiny pyramid looking item home with him and, unbeknownst to him, the supernatural force bonded to it. The unknown power starts off by manipulating various household objects and spooking the young but things escalate as it goes unchecked, causing physical harm to our slowly cracking hero. A goofy face shows up in his wall and he has a priest come in a bless the joint but, alas, the evil presence remains and is none to happy about the author’s new found faith and isn’t afraid to make it known. It traps the poor guy in his apartment and reveals its endgame. A jazzy score mixes in with a riff on Tubular Bells and assists in heightening the mood. A far more mature outing from Salerno shows the talent the filmmaker harbored but with that it loses a lot of the enthusiastic charm that reverberated through his earlier DIY output. It would have been interesting to see where he had gone from here, hopefully striking a balance between his sure hand and wild abandon. 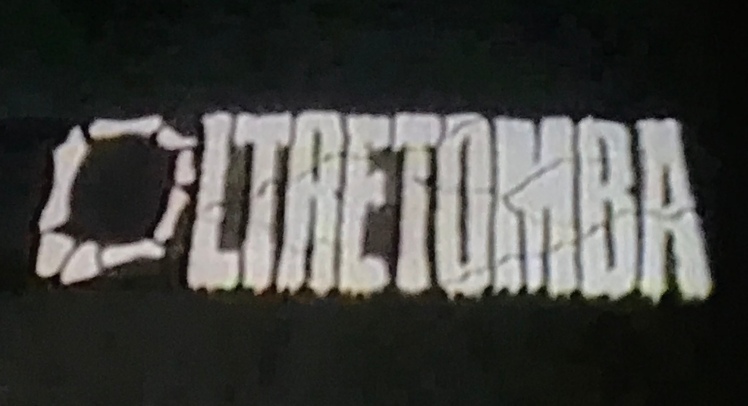 With the powers of his mind, a young man plans to link up with the brain of a dying man and follow him into the afterlife. He picks a subject that will guarantee to get him a first class view of Hell. He injects a junky with something to speed up the process and initially believes to have failed in his endeavor…he slowly realizes he’s wrong. Worms appear in his sink, a worm eating handyman shows up with a literal splitting headache and the zombie of the drug addict he murdered stops by his apartment. Unable to grasp the fact his experiment worked, the young man believes he’s either been drugged or is having a nightmare but he’ll soon learn how wrong he is. Short horror from the unheralded Fabio Salerno is a Low-Fi treat for any low budget film fan. Impressive special effects in the handcrafted amateur style and a nice sense of nightmare logic makes up for any budgetary shortcomings.

Another Super 8 slice of heaven from Fabio Salerno focuses on a young woman named Veronica who has a monstrous secret. She’s some sort of harpie demon thing who spends her free time murdering men who come into her home. The disappearance of a store clerk brings two detectives to her door but they dismiss her as a suspect almost immediately. One of the cops drops his keys and when he goes back inside he discovers a basement full of bodies. Veronica takes him out with an electric knife but his partner manages to gun her down. He believes the nightmare to be over but when he sees her on the street a few days later he realizes the shit storm has just begun. Fabio Salerno scores another winner with this weirdo monster flick that manages to be more charming than terrifying. Cheap but awesome special effects are sprinkled throughout the runtime as Veronica does mortal damage to various folks she meets. A severed head pops up in a woman’s bed, looking like a badly burnt potato with glowing eyes, the same woman gets a knife to the noggin for her troubles. It all climaxes with a Demons inspired body breakout by the titular creature. Backyard fun of the highest (well, lowest) quality. 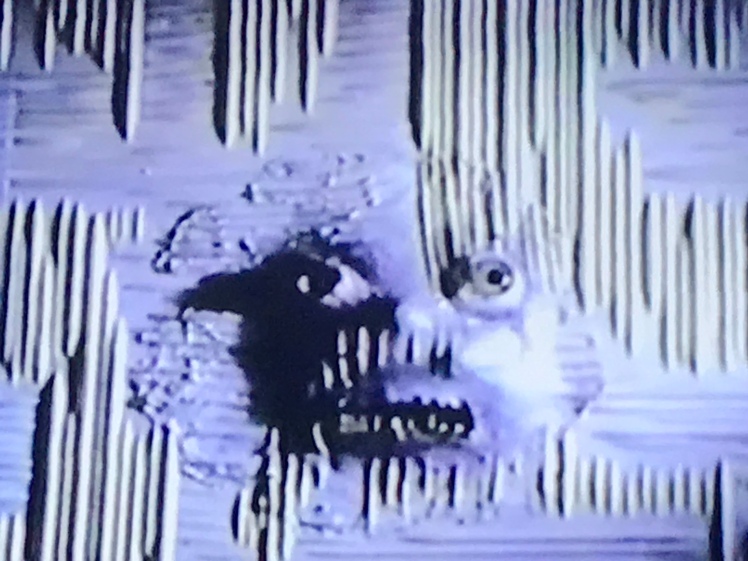 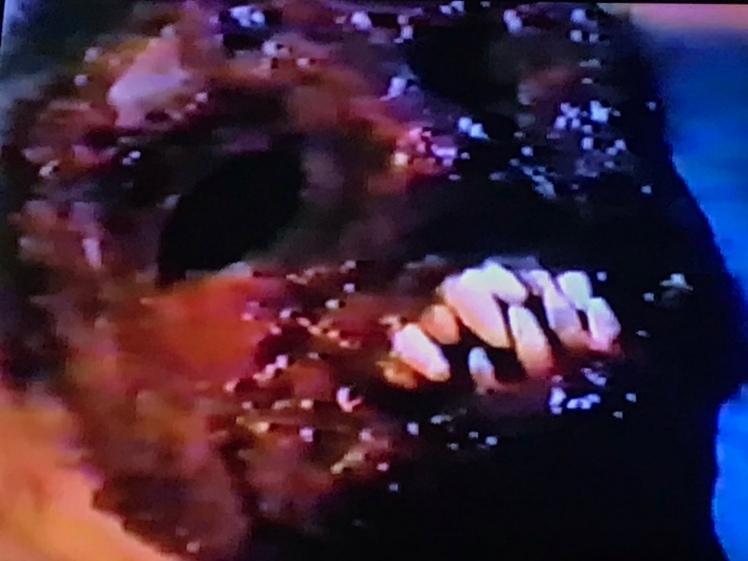 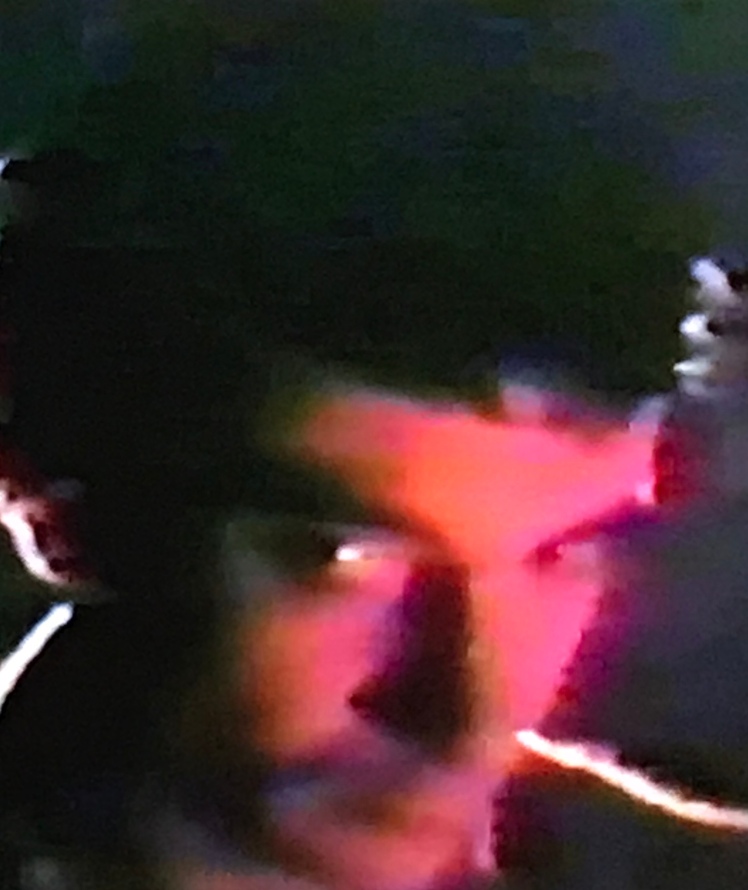 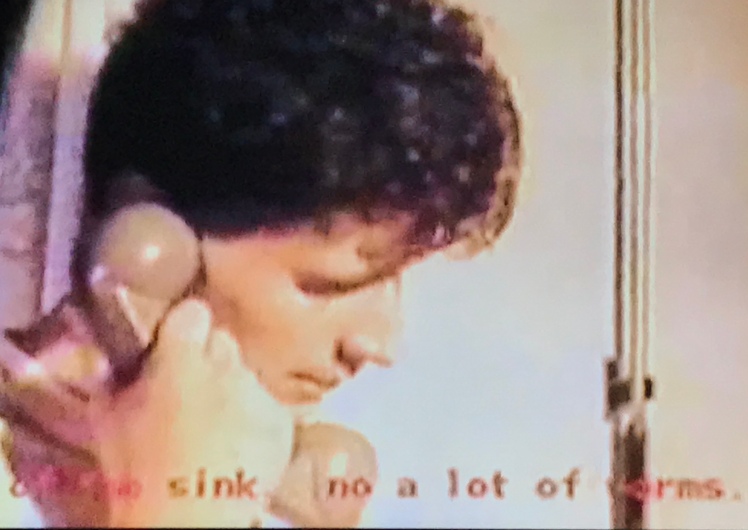 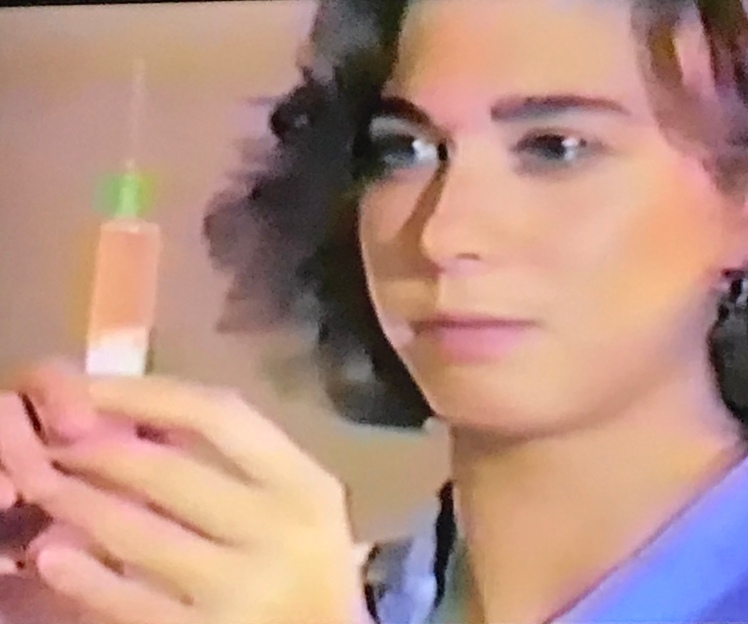 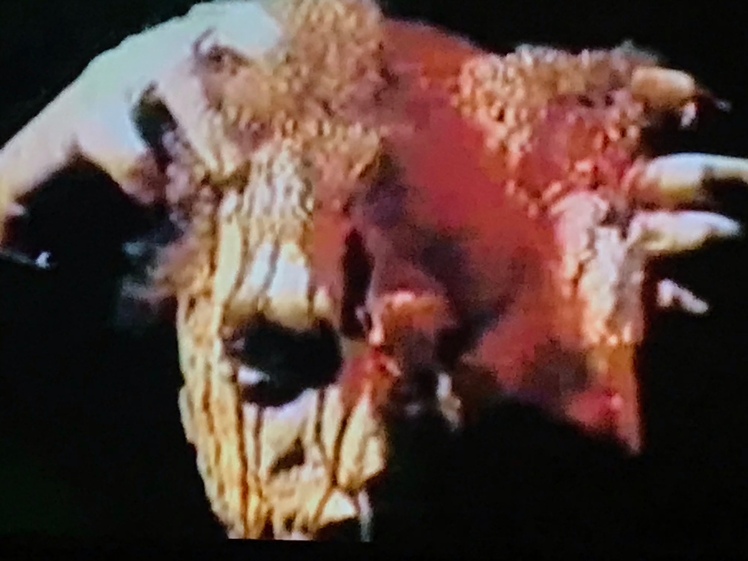