Carter the Great, the world’s greatest magician, discovered some sort of super substance called raw zeta which seems to be some form of hasheesh. When it’s introduced into the human body it becomes deadly zeta or some shit which grants the conduit’s voice the power to control humans or something along those lines. Carter vanished in San Francisco some time in the 30s and that brings us to the present day.

A toe tapping main theme guides us into the club scene and introduces us the charismatic Christopher Brooks as our hero. Struggling musician, Alabama, works as a nightclub janitor and comes across an old magician’s belongings hidden behind a false wall in the club basement thanks to a forklift mishap. A recorded message warns: benevolent beings will be given great power but if your intent is evil only doom will come your way or something along those lines. He tries on the belongings and gets himself some new supernatural powers.

He visits the deceased magician’s sister, simply called Granny, and shares some of that magic hasheesh with her. Next thing you know our man has become Alabama, King of the Cosmos! He’s a money-making hit and his career as a stage magician takes off. He takes his freaky magic show on the road after meeting up with a slimy agent. The agent sets up a deal with a media conglomerate and Alabama is given top billing for a worldwide rock concert. His agent tells him easy street is one magic act away and if Alabama can make an elephant vanish, he and his crew will never want for anything again. But there’s nefarious machinations afoot for sure.

The ghost of Carter comes to visit with his exposed beating heart and a dire warning about vampires. Said vampires are running things behind the scenes and plan on using Alabama to enslave the world! When his assistant changes into a bloodsucker in front of his very eyes, Alabama runs home to mama and a little voodoo healing sets him right as rain.

He brings his mother and the helpful houngan with him to offer a hand out with the heaping helping of evil waiting for him. Vampiric shenanigans involving the clone of Alabama and a Marilyn Manson looking head vampire play out in their own time and it’s gonna take the help of an elephant for Alabama to even the playing field.

There is nothing on this planet quite like Alabama’s Ghost. Names like Marilyn Midnight, Dr. Caligula, Otto Max and Domingo Burrito are commonplace in this strange world inhabited by weirdos and supernatural entities. Christopher Brooks makes for one the greatest heroes to ever grace filmdom and offers nothing but charm in his role as the boisterous magic man placed dead center in an ever spiraling out of control situation. Fredric Hobbs created something beyond the bounds of human understanding and this world is better off for it. 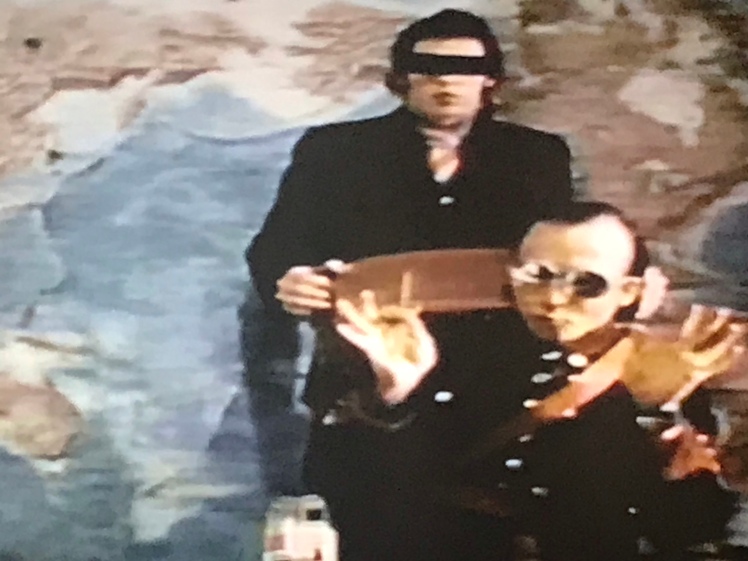