Jordan Peele has done what only a small handful of people have done before him. He’s introduced and successfully executed an original idea in a genre that can easily furnish an entire calendar year of regurgitated, slightly-altered content. 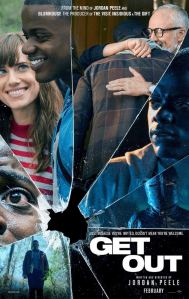 Get Out is as intense and witty as it is culturally relavent and needed in a time where so many people are afraid to confront a tired (and horrifically wrong) ideology in their own families, social circles, cubicle farms, etc., or even in their own heads. I was physically cringing and audibly groaning at moments – things I know I’ve done and said. For two hours we got to see a first-hand account (first and foremost meant for entertainment, stated by Peele) of how non-white people in America are treated and looked upon. Granted, most of us (I hope) aren’t outwardly or intentionally racist (or sexist, agist, etc.), but we must admit that we’ve all taken a second glance, discreetly locked our car doors, walked a little faster, etc. when we’re around someone who doesn’t “look like us.” Get Out hands us an opportunity to take a real hard look at ourselves. Enough preaching (to myself especially). On to a review.

Get Out is the account of an African American man named Chris (Daniel Kaluuya) who is traveling with his caucasian girlfriend, Rose (Allison Williams), to the ultra-white suburbs to meet her family. Almost immediately we’re hit in the back of the head when after having a small accident with a deer, a white police officer asks Chris for his license (he wasn’t driving). Insert my first seat-shift.

Upon meeting Rose’s mother (Catherine Keener) and father (Bradley Whitford), seat-shifts two-through-five occur, and we learn that Dad is a doctor and Mom is a psychologist. At this point we’ve also met “the help” – Georgina (Betty Gabriel) and Walter (Marcus Henderson), both African Americans.

As things progress and Chris notices more and more peculiar things about his girlfriend’s family, we start to piece together (albeit tiny bit by tiny bit) what is going on in this Stepford Wives-esque community with the help of Chris’s friend Rod (LilRel Howery) who is back in the city. Howery provides the much-needed comic relief in a movie that is dripping with dread, and is a welcome and perfectly-timed respite.

Each act is defined and easy to point out in Get Out, but what makes this film hit it out of the park is a third act that climaxes and doesn’t disappoint – something on which we see many genre films stumble. The social commentary of the film isn’t subtle, but it doesn’t beat you over the head with it. As Peele has said, Get Out isn’t an anti-white film, although I could see many arguing that point (they would be grossly mistaken). There isn’t much I could say about the plot without spoiling it, so I encourage you to see it for yourself. This is an important film.

What I’m most impressed by, though, is not that this is rich with originality or even the social aspects of it. I am floored at the talent of Mr. Peele. We’ve seen his work on Key and Peele, MADtv, and Keanu. We’re aware he can write. We know he’s one of the world’s 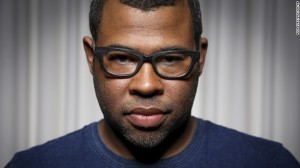 funniest human beings. What we didn’t know was that he can direct his ass off. Get Out is his DIRECTORIAL DEBUT! Watch this movie and tell me this is the first feature this man has directed. Do it. I’ll wait… Did you notice the gorgeous shots? The blocking? The lighting? Every single thing was intentional, and if it wasn’t, then Mr. Peele had several perfect accidents. This was the film of director who’s been behind the camera at least half a dozen times. I. Was. Shocked. (Even though I shouldn’t have been.)

Get Out isn’t exploitive. It pulls no punches. Mr. Peele has set out to entertain the masses, and he’s done it. He’s created an ultra-original piece of work that will stand the test of time. This will end up on most writer’s best-of lists, and will hold the top spot on many of those lists. He’s assembled a phenomenal cast that plays so well together you’d assume you were watching a documentary. My hat is off and buried six feet deep, Mr. Peele. Show us what’s next.

2 thoughts on “[Review] Get Out Breaks New Ground”