Do I have your attention?

Odds are, you’ve never heard of Robo Vampire, and you don’t really care to, but please! Give me a moment to change your mind!

Obviously a movie called “Robo Vampire” is about a robot vampire, right? 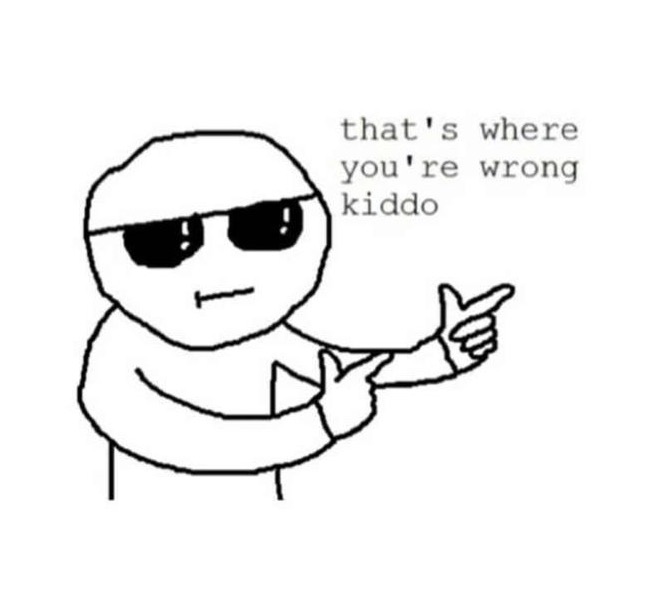 No, this is a GODFREY HO disaster, which means nothing is quite so simple. The title is vastly misleading. There is no robo vampire, but instead there is a robo(t) and there are (Chinese) vampires. Did you know Chinese vampires hop? Boy do they! 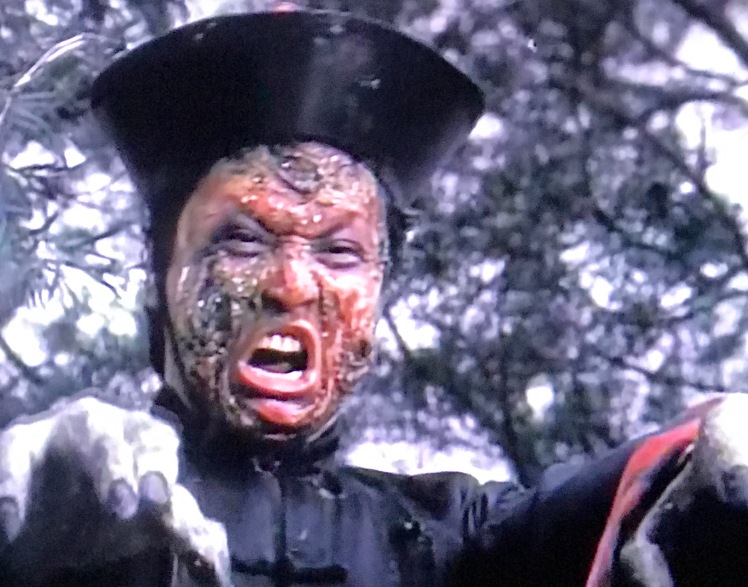 They don’t suck blood or turn into bats or anything. They just hop around like little happy meal wind-up toys and occasionally shoot hot steam or roman candles from their sleeves. Oh and sometimes they wear gorilla masks for no reason.

Robo Vampire isn’t really “about” anything. There’s wacky drug guys (the kingpin looking like a thin version of Andy Kaufman’s alter ego, Tony Clifton), and these drug guys are so intent on stopping the “anti-drug agent”, Tom, as heard in this preposterous bit of dialogue:

TONY CLIFTON: “Listen, we must find a way to handle Tom, that goddamn anti-drug agent!”
GOON: “Boss what are your plans then?”
TONY CLIFTON: “I’ve employed a taoist. he’ll train vampires to deal with them.”
TONY CLIFTON: “Contact headquarters, Richard, and ask Young to find a new way to smuggle Heroin!”

Well Tom does get murdered by a Chinese gorilla vampire and they use his dead body to create an “android-like robot”, a la Robocop, except made out of silver foam and foil.

The action sequences that follow are laugh-out-loud. With crappy robot sound effects that do nothing to corroborate the idea that you’re actually watching a robo, and Sonic the Hedgehog-on-Sega Genesis-sounding backing tunes. Stunt dummies fly through the air with reckless abandon. Tom the robo shoots flames. Vampires teleport. Choppy kung-fu keeps your eyes glued to the screen. This is MUST SEE MUST SEE MUST SEE for any of you bad movie aficionados. 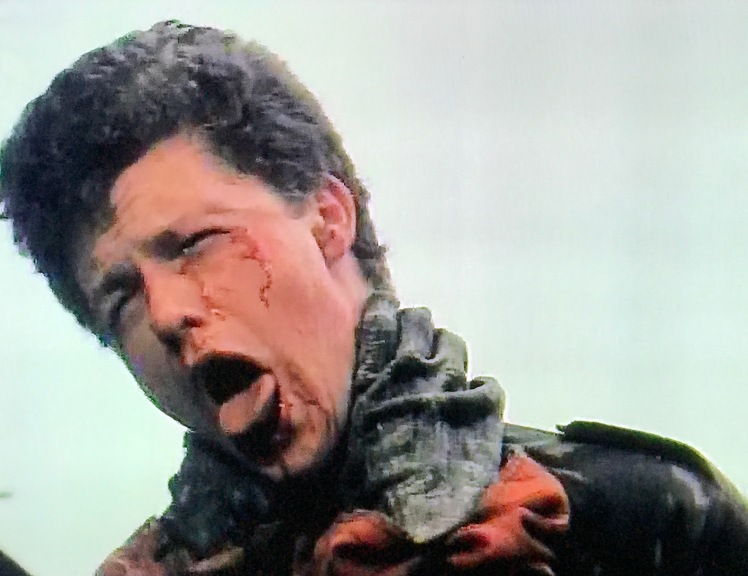 In one scene, a ghost resembling Samara from The Ring is upset that her dead significant other has been turned into a vampire, because now they can’t be together in the afterlife. She gets all vengeful and stuff until the drug guys suggest they get dead married. Aww! This film even has a love story!

If you’re reading this column, it is likely that you are one of those aforementioned bad movie aficionados and are already familiar with Godfrey Ho. If you aren’t then it’s time to impart a bit of knowledge.

Godfrey Ho is a master of cut-and-paste filmmaking. What this means is that he would make a micro-budget film (usually about ninjas) and splice in parts of existing films (not always his own), steal popular music, and have a finished movie. He would then re-use footage from these movies over and over in other works, or even just re-edit his movies to make new ones. Doing this allowed him to make several movies from his footage while only paying the actors for their work on one. This is likely one of the reasons why he went by numerous names(Joe Livingstone in the case of Robo Vampire). Pretty genius if not Shystie as hell.

This is my personal favorite film from The Ed Wood of Hong Kong. Although when a guy makes over 100 movies under 40 different pseudonyms, it becomes challenging to see them all and keep them all straight.

But, if you’re in the mood to see drugs get sewn up inside a wildebeest, snakes shot at with guns, and all manner of hilarious dubbing, see Robo Vampire ASAP.