As I had stated on this week’s episode, I’m not wont to really dig into a whole franchise. I don’t find myself clamoring for the story I had just witnessed to continue. Yes, there are a few exceptions. I’ll forever and always want another Halloween movie. And the entire series of Phantasm movies were necessary (I’ll get into that later). And, as you can glean from my review of Death Note, I really, really, really, really, really, really, really want another one of those bad boys. So my question today is: Why do we need/want one or more sequels to a perfectly fine movie?

Let’s start with the big four. A Nightmare On Elm Street, Friday the 13th, Halloween, and Texas Chain Saw Massacre each started with a film that earned the title of classic. Friday, out of the whole bunch, only holds the title of “classic” because it birthed a pop culture icon (who didn’t even show up as we know him today until the third movie). Other than that, it’s a pretty meh film. Nightmare, Halloween, and Chainsaw, though, are all masterpieces in my opinion. But did each of these foundational building blocks of modern horror need – nay, deserve – sequels? Well, according to box office numbers, of course they did.

We all understand that ultimately this is what it comes down to – the almighty dollar. That is one of the most painful and unfortunate statements in the history of words being strung together. I hate money. Always have, always will. And I wish our lives didn’t revolve around earning, spending, worrying about, and dreaming about that fucking green poison. But that’s all the studios care about. So when the executives look at weekend earnings, all they see is the potential to exploit and milk that title for all it’s worth. And as we’ll see, that exploitation has sullied many a good title.

I also want to say this: as is my thought on remakes in general, the original movie will always be here. Just because a remake or a sequel “sullies” the name, it really doesn’t. I’m just being facetious.

A Nightmare On Elm Street

I’ll argue that even though the franchise didn’t need any more than the original movie, I still find (most) of this series entertaining and worth revisiting every now and then. Just to be clear, here’s how I rank the Nightmare films: 1 – 4 – 2 – 7 – 3 – 5 – 6. (I don’t consider the remake canon, and I’ve never seen Freddy vs. Jason.) New Line Cinema was nicknamed “The House That Freddy Built,” and that may hold some weight, but Bob Shay released over 50 movies before Nightmare came across his desk. What does this have to do with anything? Well, nothing really, except that all he and the other executives ever cared about was cranking out another Freddy film in order to keep their underground swimming pools filled. (I’m honestly not trying to be angry and yell.) And one could certainly argue that as the series went on, the films became worse and worse. Freddy’s Revenge, although adored by some (including yours truly), was a major departure from the first film. Dream Warriors kind of set things back on track, but (again, in my opinion) it didn’t compare to the first. Dream Master (my favorite of the sequels, remember) and the subsequent films kept raking in more money, but ultimately ruined the origins of Freddy Krueger. He became over-exploited, too cheeky, and honestly, really stupid. That is until Wes Craven came back into the picture and theoretically said, “What. The. Fuck. Happened. Let me fix this, and put a final nail in the coffin” with New Nightmare. 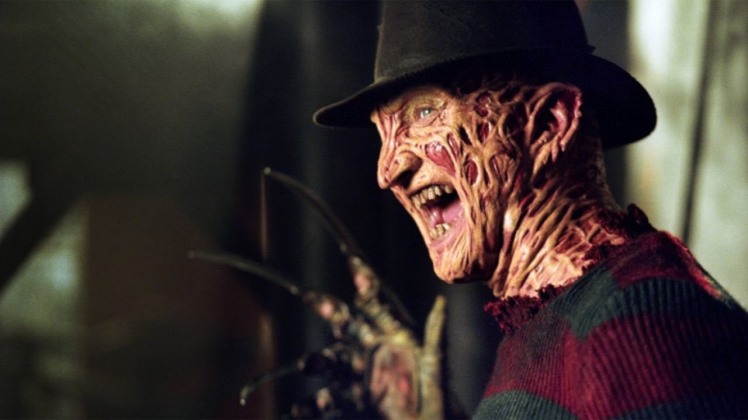 Victor Miller and Sean Cunningham created an incredibly cheap film that spawned hundreds upon hundreds of knock-offs. The simple premise of horny teenagers at a summer camp deep in the woods, getting picked off by a lunatic, became the go-to model for many studios to make a quick buck. Some might say that the original Friday needed a sequel because of that ending, but it was all a dream. Our final girl was suffering for a severe case of PTSD, and Tom Savini just wouldn’t get out of her head. Even though I’m one of like 12 people who actually love Jason Takes Manhattan, I would be perfectly happy if there was just the one movie. But again, studio execs stepped in and decided to milk the Crystal Lake cow until it withered and died. It’s SO dead that (I believe) they’ll never be able to get another Friday the 13th made because they’re greed has gotten the best of them. Sure, Jason became an icon, inspired tons of creative people to get out there and make shit, supplied millions of kids with an easy Halloween costume, and gave us one of the coolest video games out there today (so I’m told), but just like Nightmare, with each passing film, the title was sullied a little more each time.

Keep making more please. The entire franchise is perfect. Shut up, I’m the one writing this. 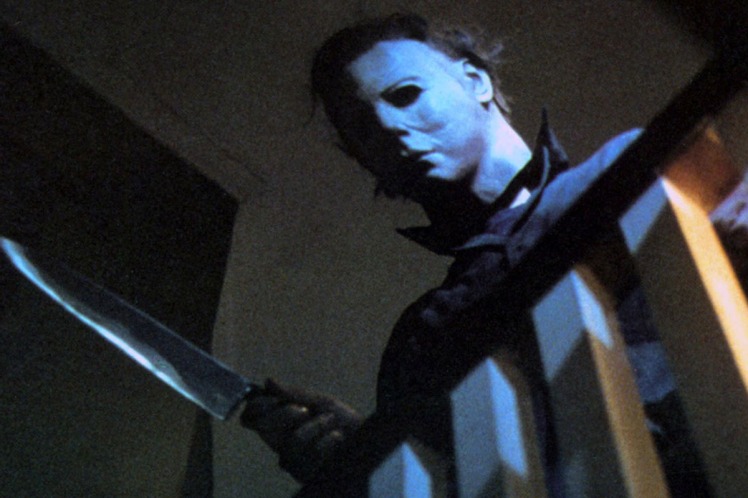 I have seen exactly three TCM movies. The original is arguably the greatest horror film of all time. The sequel is Tobe Hooper getting across what he meant to get across the first time around. And the remake is… fine. What I know and have heard of the franchise is that there is little to no continuity. If that’s the case, then as long as each film is entertaining, then by all means, keep making them. Once I get a chance to see the rest, I’ll report back.

And then there’s these. I’ve seen bits and pieces from each of these franchises. Each original film is good. Not necessarily great, but they’re entertaining (Hellraiser being the best of the group). Each of these franchises had once brought in money at the box office, but have since gone straight to home distribution. I can’t imagine the STV entries have made enough money to warrant a subsequent film in the series, but, for some odd reason, more and more keep coming. For instance, there have been NINE (with number 10 coming sometime soon) Children of the Corn entries. I just had a tiny aneurysm typing that out. Amityville is just a name at this point. And Hellraiser? Well…

And then we have franchises like The Exorcist, Critters, Child’s Play, Final Destination, Evil Dead, Insidious, The Purge, and so many others which contain several good entries – more than bad – and just have fun. I’m sure the titles are being exploited by studios, but it just doesn’t feel like that. They’re not (or they weren’t) churned out year after year after year. I will not be commenting on Full Moon releases because *puke*.

And finally, Don Coscarelli’s epic story of Mike, Reggie, Jody, and The Tall Man – Phantasm. On any given day, this fluctuates between one and two with Halloween as my favorite franchise. The difference between Phantasm and every other property, though, is that all five of these films tell one complete story. Coscarelli needed five films to tell the tome he had in his head. You can (but I would recommend against it) watch any one of these five movies at any time, but seen in order, you will get a tremendous story of family, friendship, and sacrifice. Each entry would not exist without the previous one. This story does not feel rushed. It doesn’t drag. It takes its time, but it is a perfectly smooth ride. They may not be the greatest films ever made, but when it comes to franchises, no other does it as good as Phantasm. It wasn’t purged out of studio innards in order to make the quarterly earnings. It wasn’t forced upon the filmmakers to make something fast and cheap so they could fill a release slot. The Phantasm tale was told carefully, deliberately, and with the utmost care in order to tell the story the original 1979 film set out to tell.

So that’s it. Now I want to know your thoughts. Tell me some of your favorite sequels? Are sequels even needed? What say you?