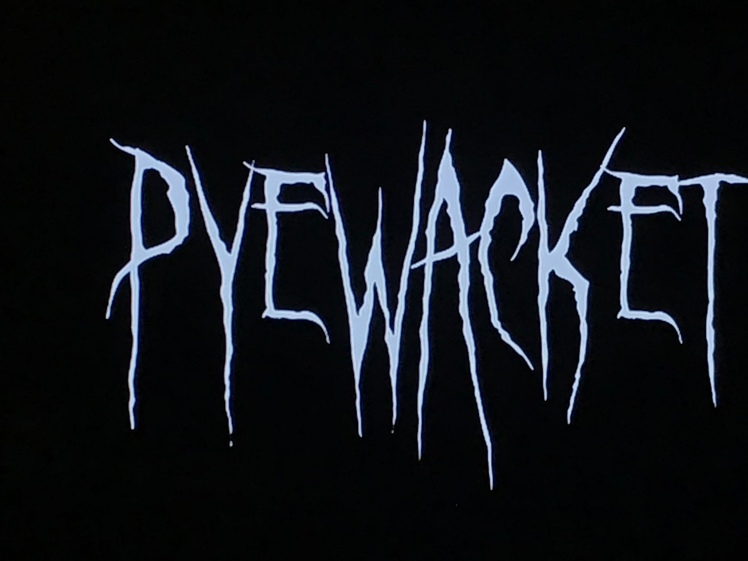 In this addition of Short Cuts, we got a handful of ghosts, a demon or two, and a stuffed pig with a homicidal streak. What a gallery of rogues!

An explosion of ideas sadly never gels and just left me a bit confused but mostly pissed off. Two detectives are tracking down a serial killer which ends up being a tiny stuffed pig. That alone may have worked but the filmmakers decided to weigh the whole thing down by showing no restraint in their ideas. Drug warfare, cheap dreamlike news breaks, satanists and aliens all clash with a cornucopia of stupid characters and their off putting personalities. The wannabe arthouse slams into Tromaesque hijinks and pushes my patience to the breaking point. There was a foot mutilation scene that actually had me cringing and I loved that stuffed little bastard but all in all it was a huge let down but you just may dig it if you’re a fan of schizophrenic cinema. 3/10

Following the tragic loss of her father, Leah’s mother (Laurie Holden) attempts to escape the depressing memories by moving her and her daughter to a new town. The daughter is upset leaving her friends and new boyfriend and, following a particularly nasty argument, Leah’s plausible teen angst leads to an occult ceremony in the middle of the woods. Leah summons the demon Pyewacket and tragedy follows. The gamble Pyewacket takes is risky as all hell. In a scenario where both main characters could have come off as unsympathetic assholes, it successfully towes the line and pulls off presenting them as flawed but immensely likable. They have a true mother/daughter chemistry and it shines above all else. Sadly, there isn’t much else that stands out. It’s a competent film and offers one extremely well placed gut punch but outside of that it feels a bit lean. 6/10

The onset of a strange and unknown illness hinders a pretty young journalist’s plans of investigating the infamous abandoned Perry House. Luckily her loyal friend and her fiend’s tech savvy boyfriend offer to do the investigation while she monitors from her sickbed. The history of dead children and cannibalism may have a deeper tie to the sick woman and it may be a clue to her illness. More boring than anything and hindered by some shoddy acting, the big reveal almost makes the film worthwhile….almost. 4/10

Haunted by the tragic car accident which robbed him of his father and plagued by a horrible nightmare concerning his own death behind the wheel of a car, Miles Grissom offers 30,0000 bucks to the first person who can prove to him there is an afterlife. Following thousands of responses he settles on four cases. One being a professor who can show him a ghost, a medium who can commune with the dead, an entrepreneur with a box in his possession that will change the world and the last being a message from an unknown caller who claims that he has all the proof he needs. Miles’ protective mother (Annette O’Toole who is her usual wonderful self) joins him and calls out bullshit at every turn. Finding only disappointment, Miles eventually meets with the mysterious caller and his skeptic outlook crumbles. Pretty enjoyable but littered with some lame moments, We Go On is still a fine time waster. A capable cast (John Glover also shows up as the professor who harnesses fear to open a door to the supernatural) and some surprises along the way make for an adequate rainy day watch. 6/10

Another dumbass wanders alone in an infamous haunted house and, just like every other dumbass before him, finds nothing but trouble. This time the man is Australian so we get to hear “Who’s there?” in an Aussie accent. Author Phillip Muirhouse decides to release a dvd of a paranormal investigation at the Monte Cristo to coincide with his new book. The house has a terrifying history and Phillip has to wait around by himself for his crew. He decides to do some investigating and comes face to face with the evil presence lingering on the estate. There are some genuine chills provided and the found footage style is pulled off perfectly fine. You’ve seen the same thing played out before but, all kidding aside, it’s not the worst the sub genre has to offer. 5/10

Attack of the Killer Hog was released by the amazing Toxic Filth Video label but is no longer available. Pyewacket can be picked up on Amazon or anywhere else films are made available and every other film reviewed here can be watched on Amazon Prime.